Farmers have been agitating on Delhi borders against the three new farm laws since November last year. 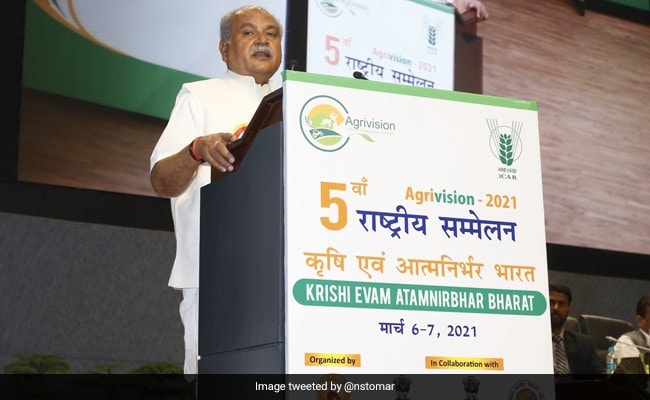 The government is ready to talk with the agitating farmers on "options other than the farm bills", Union Agriculture Minister Narendra Singh Tomar said on Tuesday.

Farmers have been agitating on Delhi borders against the three new farm laws since November last year.

"The Central government has always talked in the interest of farmers' welfare, and it is ready to talk with farmers," Mr Tomar said, speaking to reporters here.

"If the farmers' organisations are ready to discuss options other than the agriculture bills, then the government is ready to talk with them," he added.

Mr Tomar, who represents the Morena seat in the Lok Sabha, is on a tour of Gwalior-Chambal region.

Asked about the rising inflation, the minister said, "The government is keeping an eye on the prices of lentils and edible oils."

"In Madhya Pradesh the BJP has a permanent government and there is no chance of any change in the leadership," he said.