The encounter took place at Galoora area of Handwara, in the north Kashmir district, a police official said. 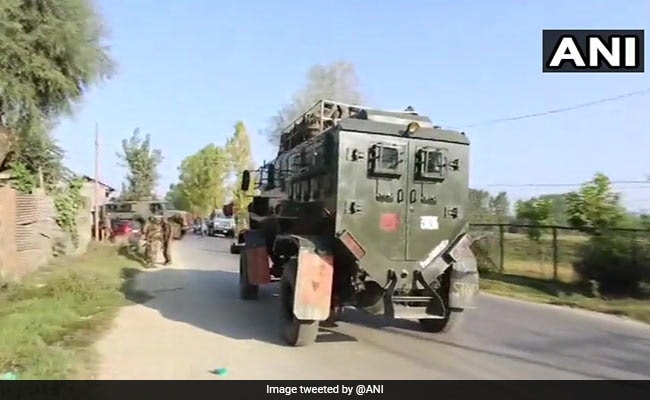 Two Lashkar-e-Taiba terrorists were killed in an early morning encounter with security forces in Kupwara district of Jammu and Kashmir, police said.

Security forces launched a cordon and search operation in Galoora area of Handwara, in the north Kashmir district, following specific information about the presence of terrorists there, police spokesman said. The terrorist fired at the search team, resulting in a gun battle.

Both were affiliated with the LeT, a police spokesman said.

The spokesman said Furqan, a resident of Shartpora area of Langate in Kupwara, was wanted in a number of criminal cases.

Liyaqat, a resident of Harwan area of Sopore in the neighbouring Baramulla district "had a long history of involvement in terror related activities and was wanted in a number of criminal cases including kidnapping and rape of a minor local girl", the spokesman said.

He said Liyaqat along with other LeT terrorists - Gani Khawaja, a resident of Kralgund and Majid Mir, a resident of Nowpora Sopore - was involved in the murder of Hakim-ur-Rehman, a resident of Reshipora Bomai, who was shot dead on Saturday.

Rehman was an activist of the Hurriyat Conference led by Syed Ali Shah Geelani.

On Saturday, a Lashkar-e-Taiba (LeT) terrorist, involved in carrying out a number of terror attacks on security forces, was killed in an encounter with the Jammu and Kashmir Police in Achabal block of Anantnag district.