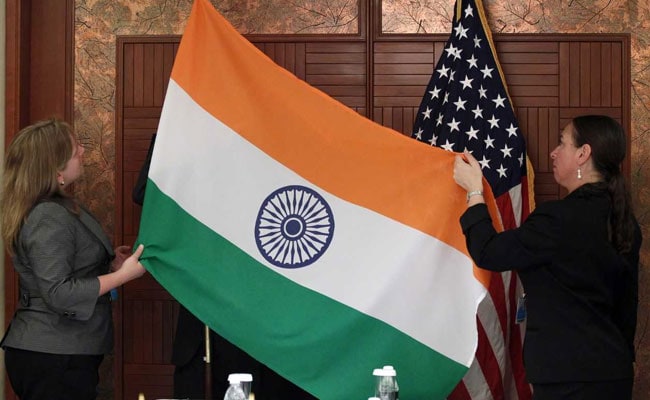 There is a case-by-case analysis on where CAATSA sanctions, the US official said (File)

The Trump administration does not want to make a decision that degrades the defence capabilities of India which is its ''Major Defence Partner'', a senior US official has said, referring to the potential sanctions under CAATSA which prohibits countries from purchasing significant military equipment from Russia.

The US has said in the past it was working with countries, including India, to help them identify and avoid engaging in potentially sanctionable activities under the Countering America's Adversaries Through Sanctions Act (CAATSA).

Responding to a question on implications of India going ahead with its decision to purchase S-400 missile defence system from Russia, the official said: "I know India has expressed valid concerns... they don't want to have a sustainment line completely shut down...That's the last thing we want to do with a significant partner. We don't want to degrade their defence capabilities".

The US has said that such a major purchase would come under the purview of the punitive CAATSA sanctions. It has already taken such an action against Turkey.

Many in India believe a Congressional waiver would bail it through. However, the US official insisted that there is no country-specific or blanket waiver for such a major defence purchase.

"What we don't want India to do is to introduce something that as we continue to go forward in this partnership makes it challenging or exposes risk to our technology on future acquisitions," said the official requesting anonymity.

"There is a case-by-case analysis on where CAATSA sanctions could be applied. CAATSA sanctions also can range in depth as to how deep-cutting and to who, the entities and the people. And those options are always there," the official said.