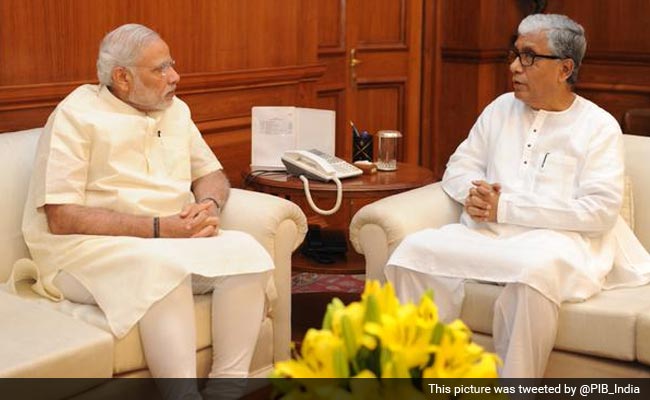 Mr Sarkar conveyed to PM Modi that the Chief Ministers of all North-Eastern states were apprehensive about any possible cuts in funds to the backward region and sought special attention to the region by the Centre for its overall development.

Chief Ministers of all the eight North-Eastern states, irrespective of their political affiliations, had discussed the matter and expressed concern over any move to withdraw the status under which the states have been getting additional funds.

The meeting came days after Assam Chief Minister Tarun Gogoi had accused the Centre of ignoring development of the North-Eastern region and said the Tripura Chief Minister had sought an appointment with PM on behalf of the eight chief ministers nearly 45 days ago but was yet to get it.

The issue of ratification of the historic Land Boundary Agreement with Bangladesh is understood to have figured in the meeting as certain enclaves in Tripura will be handed over to the neighbouring country.