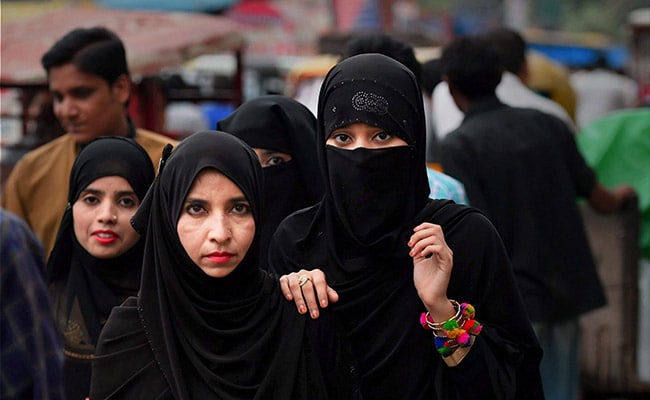 The practice of "triple talaq" has been criticised for being unfair to women. (Representational)

A proposed law to make triple talaq or instant divorce an offence is set to be diluted by the government before it is taken up in the Rajya Sabha tomorrow.

The Muslim Women (Protection of Rights on Marriage) Bill 2017 has been passed in the Lok Sabha but was stalled in the Rajya Sabha in January, amid protests by the opposition. The watered-down version is expected to win the support of the Congress and other opposition parties in the Rajya Sabha, where the government does not have a majority.

"Triple Talaq" is the practice of Muslim men getting an instant divorce by saying the word "talaq" thrice. The proposed law makes "Triple Talaq" an offence with a jail term of up to three years and a fine. The woman will be entitled to maintenance.

In the tweaked version, the complaint can be filed only by the woman or her family. The woman can also drop charges if her husband is open to a compromise. The possibility of bail has been brought in; a judge can decide whether to grant bail after hearing the wife.

Law Minister Ravi Shankar Prasad said the government had taken note of concerns that anyone, even neighbours, could file complaints and the couple had no chance to compromise. He said the police still can't grant bail but a magistrate can, after hearing the wife. Retaining the non-bailable provision, he added, would be a deterrent.

"I believe deterrence is very important in law. Once the husband goes to jail, he will straighten out and compromises will happen," the minister said.

The proposed law also addresses "nikah halala", which requires the divorced woman to marry someone else and consummate the marriage if she wants to remarry her husband.

The significant changes, long demanded by the opposition, come ahead of a series of polls - the state elections later this year and the 2019 national polls.

"I want to ask Sonia Gandhi, will you stand up for women's honour and pride? Congress should make their stand clear," Mr Prasad said.

Congress leader Abhishek Manu Singhvi, reacting to the government's move, said: "You have wasted one and a half sessions by spreading misinformation... I can't react to it or give you an advance certificate. It hasn't come to us yet."

When last month, Rahul Gandhi wrote to Prime Minister Narendra Modi to "walk the talk" on the women's quota bill, Mr Prasad wrote back urging the Congress to support the "triple talaq" bill.