The six leaders left Assam this morning after overnight detention at the airport. 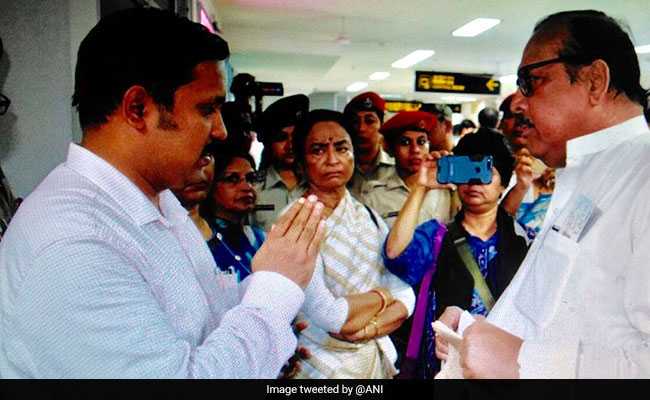 It appears that an undeclared emergency is on, a member of the delegation said.

Six leaders of the Trinamool Congress, who were part of the eight-member delegation detained at Silchar airport while attempting to visit Assam post- National Register of Citizens (NRC), said they were treated "like infiltrators and pushed back".

The six leaders left Assam this morning after overnight detention at the airport.

The TMC delegation - six MPs, one MLA and one West Bengal minister - had gone to Silchar in Assam to interact with people left out of the complete draft of the National Register of Citizens (NRC) published on July 30.

The complete draft of the National Register of Citizens, touted to be a proof of Assamese citizenship, had excluded over 40 lakh people, triggering a political slugfest between the BJP and other political parties.

After arriving in Kolkata, TMC Rajya Sabha MP Sukhendu Sekhar Roy said, "The way infiltrators are treated... they are pushed back... we were treated the same way... we were pushed back. We were manhandled, even women MPs were not spared."

"How can six MPs, a minister and an MLA create trouble in a state?" he asked while talking to reporters.

The prohibitory order document stated that action would be taken against those found to be carrying firearms and explosives, Mr Roy said, and asked whether they had been carrying such items.

Before leaving Silchar, he had said, "We are going back. The police have not allowed us to go out. We requested them several times but they refused. We spent the night in three rooms at the airport."

"The way the MPs and a state minister (Firhad Hakim) were harassed shows that democracy is under threat," another member of the delegation Kakoli Ghosh Dastidar alleged.

"We wonder whether rule of law exits in the country. It appears that an undeclared emergency is on," she said.

After the TMC leaders had landed at Silchar airport on Thursday, the authorities stopped them and took them under preventive detention, saying their visit might create trouble.

The Cachar district administration on Wednesday night had issued prohibitory order under Section 144 of the CrPC in the district.

The Assam Police, however, denied that the TMC leaders were harassed.

Director General of Police Kuladhar Saikia said senior officers of the force "very respectfully" explained to the team that they would not be allowed to leave the airport as 144 of the CrPC was in force.

They have also been barred from entering Guwahati, as per an order by city Police Commissioner Hiren Nath, Saikia said on Thursday evening and added that two Assam Police women constables were injured during a scuffle by the team.