The lawmakers intended to launch a campaign against the National Register of Citizens (NRC), a citizens' charter, which had left 40 lakh people out in Assam. 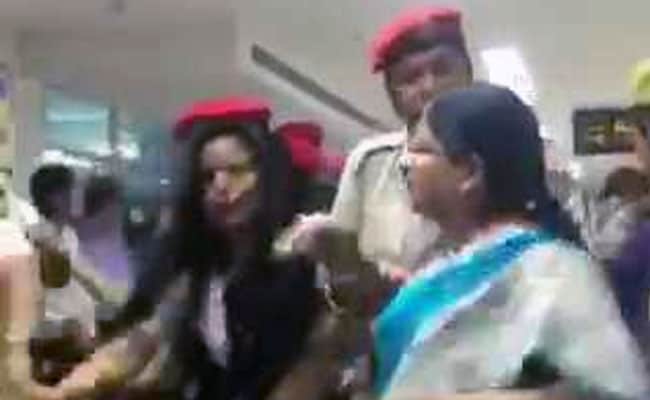 There was a small scuffle between TMC leaders and security officials

The eight-member team of Trinamool Congress lawmakers was detained at the Silchar airport, hours after being stopped by the authorities from entering the city. The lawmakers intended to launch a campaign against the National Register of Citizens (NRC), a citizens' charter, which had left 40 lakh people out in Assam.

The Trinamool Congress lawmakers de-boarded the aircraft at the airport at around 1 pm today. They were received by a big contingent of the local police that prevented them from exiting the airport. The officials handed them a piece of paper saying that large gatherings were banned in the district from Wednesday.

Officials at the Silchar airport said restrictions had been imposed in the district and large gatherings had been banned. The Trinamool team was to address locals and speak to residents in Silchar.

Here are the highlights of Trinamool Congress protest:

Aug 02, 2018 18:00 (IST)
Mamata Banerjee has reacted to TMC lawmaker's detention at Silchar airport. She said," These atrocities are being done, aren't only being condemned, I think this is beginning of the end. They are frustrated, they are political tensed and depressed. And that's why they are showing muscle power".
Trinamool CongressTMCSilchar