Delhi's 28 million people haven't had a single day of clean air since early September, according to World Air Quality Index. 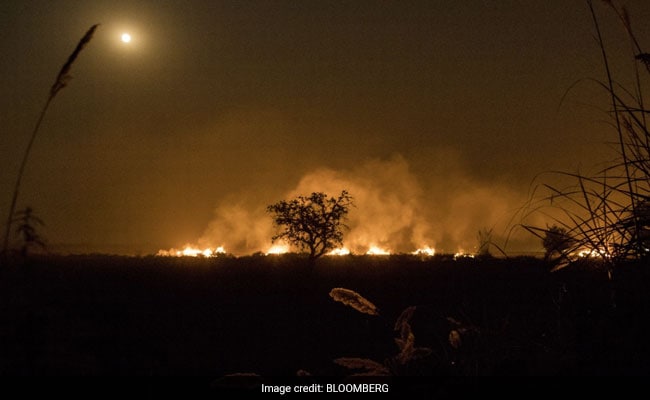 As winter sets in, the air hanging over north India thickens with smoke from burning fields, blocking out the sun and making it hard to breathe. This year, that could spell disaster for the country's battle against the pandemic.

With some of the most polluted cities on the planet and more than 8 million confirmed coronavirus cases, India is battling a medical calamity. Temperatures are falling and cases and pollution are spiking across major cities, including the capital New Delhi, one of the worst-affected areas for smog from the rural burning.

Delhi's 28 million people haven't had a single day of clean air since early September, according to World Air Quality Index. In the past two weeks, readings for particulate matter of 2.5 microns or smaller, or PM2.5, have risen to more than 400 in some parts of Delhi, eight times the safe level. PM2.5 is closely watched because the particles are small enough to journey deep into the lungs and do the most damage.

"Covid-19 and air pollution are a dangerous combination," said K. Srinath Reddy, president of Public Health Foundation. Air pollution causes damage and inflammation in the lungs and other body tissues, reducing the body's ability to resist the virus, which may result in more severe forms of the infection. 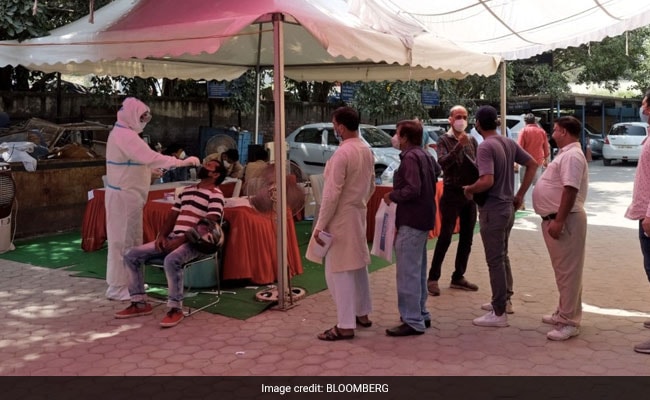 Covid-19 testing in late September in New Delhi, which hasn't had a day of clean air since early that month, according to the World Air Quality Index.

With pollution and the virus both attacking lungs, India's creaking health-care system may come under a double strain of patients competing for the same equipment and resources. An increase in respiratory illnesses due to air pollution will send more people to hospitals with symptoms similar to Covid-19, making identifying and isolating the virus cases difficult, according to Delhi-based pulmonologist Pankaj Sayal.

India has the second-highest number of Covid-19 cases, trailing only the U.S. While official data shows the country has seen a peak in the number of infections, a government panel of scientists attributed the recent slowdown to a harsh national lockdown earlier this year and warned that the "upcoming festival and winter seasons may increase the susceptibility to infection."

"Now if I get Covid, I have less of a margin," said Meet Malhotra, a 58-year-old Delhi-based advocate who developed asthma as a child. "If your oxygen level goes under 90, you need hospitalization. What happens if you're already at 92-93 because of air pollution?" 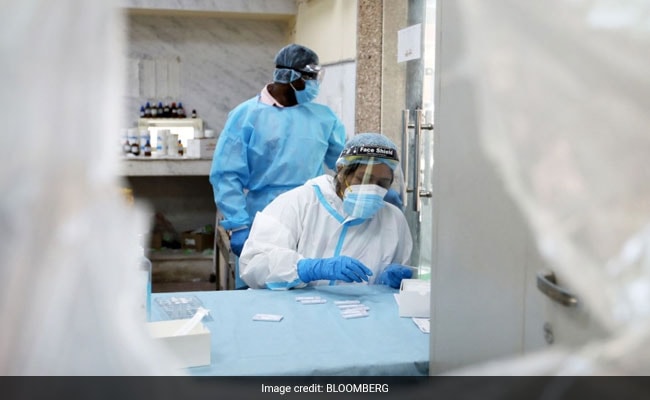 Vehicle and industrial emissions contribute year-round to India's poor air, combining with dust from road construction millions of domestic fires lit by poor citizens for cooking. But a grim extra wallop comes late in the year as farmers burn hundreds of thousands of acres of crop stubble. While the practice has been banned in Punjab, Uttar Pradesh, Haryana and Rajasthan around the capital, it's the cheapest and fastest way for farmers to clear the ground for the new crop.

Bounded by mountains and hills, Northern India's cold winter air then traps the smoke for weeks, with pollution topped up in the last quarter of the year when Indians set off millions of firecrackers to celebrate the festive season.

That could make it easier for the virus to be transmitted, said Arun Sharma, professor at the University College of Medical Sciences in Delhi. "The risk of transmission of infection will be higher" because more particles in the air give the virus more ways to travel from an infected person, he said. "The particle remains viable for longer."

An environment ministry spokesperson said the government had introduced a new law to establish a panel to tackle poor air quality. At the same time, officials from the Central Pollution Control Board had been divided into 50 teams to curb pollution, while a pilot project was underway to decompose rather than burn residue after the harvest, the spokesperson added.

Evidence has been mounting since March that air pollution worsens the effects of the virus, including a Harvard study indicating that Covid death rates are higher in polluted areas as well as studies linking mortality and pollutants in China and Europe. 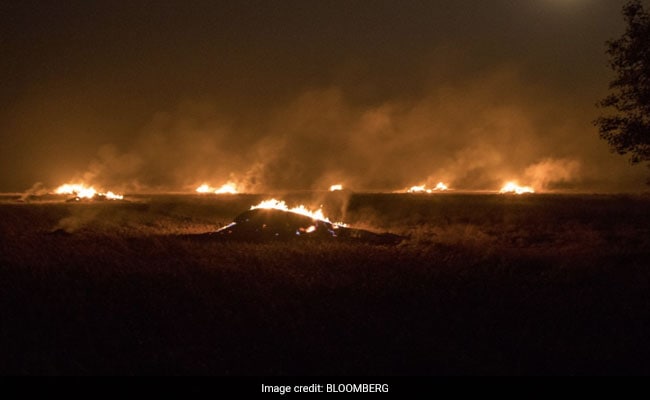 Indian farmers illegally burn hundreds of thousands of acres each year because it's the fastest way to clear the ground for replanting.

Even for those who overcome the virus, the air quality can slow or even prevent the chance of a full recovery in a small number of cases. Lung functions in some people who were in intensive care, are not returning to normal, according to Arvind Kumar, who started the Delhi-based Lung Care Foundation. Some patients continue to need oxygen. Others develop problems such as fibrosis and breathlessness.

Environmental activists have been warning for years of the devastating effects of air pollution on health. With doctors around the world predicting that the world is likely to face more pneumonia-like viruses in future, the quality of the air we breathe is coming under increasing scrutiny.

Over 75,500 Primary Health Centres Operationalised In India So Far: Government