A group of pilgrims were to travel to Pakistan from February 18 to February 25 to mark the centenary of the martyrdom of Sikhs and Saka Nankana Sahib. 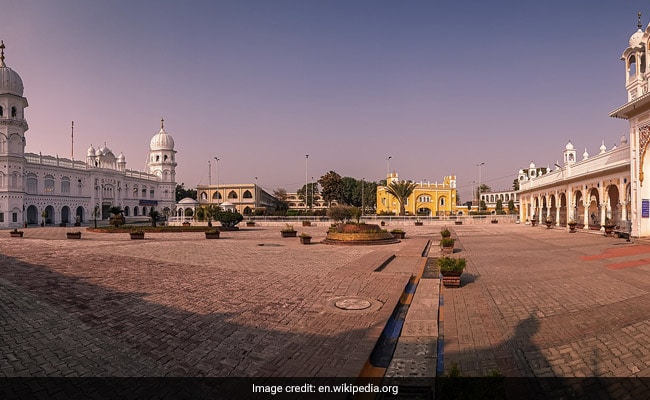 Several Sikhs were massacred on Feb 20, 1921 at Gurdwara Janam Asthan at Nankana Sahib

The Union Home Ministry on Thursday had denied permission to 600 Sikh pilgrims wanting to visit Pakistan, citing security situation and the Covid pandemic in that country.

A group of pilgrims were to travel to Pakistan from February 18 to February 25 to mark the centenary of the martyrdom of Sikhs and Saka Nankana Sahib.

In letters to PM Modi and Home Minister Shah, SGPC chief Ms Kaur said the decision of the government has hurt the sentiments of the Sikh community and that it should be reconsidered.

Ms Kaur said, "The pilgrims who have got visas should be allowed to attend the programmes to be held on February 21 at Sri Nankana Sahib."

Addressing the media later, the SGPC chief said the government of India should understand the sentiments of the Sikhs and allow the community to be a part of the events on February 21.

She said, "A set of books is being sent to the PM and the Home Minister on the history of Sikhs who sacrificed their lives for the freedom of the country. Along with these books, letters are also being sent to both the leaders informing them about the history of the incident."

Several Sikhs were massacred on February 20, 1921 at the Gurdwara Janam Asthan at Nankana Sahib.