Amit Shah donated Rs 1,000 and posted the receipt on Twitter. 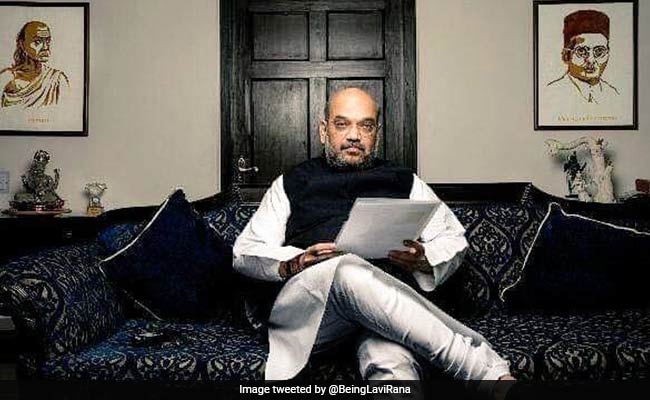 Amit Shah appealed to party workers to donate to the app.

BJP president Amit Shah on Tuesday called upon his party's workers and well-wishers to donate any amount between Rs 5 and Rs 1,000 to the organisation through Prime Minister Narendra Modi's app as part of an initiative to usher in transparency in public life.

He also donated Rs 1,000 and posted the receipt on Twitter.

"Keeping in line with our values of ushering in transparency in public life, the BJP has started an initiative of seeking micro donations from our karyakartas and well wishers through the NaMo app. You can donate any amount between Rs 5 and Rs 1,000," he tweeted.

"As a BJP karyakarta myself, I have donated an amount of Rs 1,000 to the party through NM app. I appeal to all our karyakartas and well wishers to join the initiative for bringing in transparency in public life and donate using either NM app or at donations.narendramodi.in," Mr Shah added.

She said probity is essential in public life.

Mr Shah said the Bharatiya Janata Party has always been a strong advocate of transparency and probity in public life, "values it has lived up to by providing an honest and transparent government at the Centre led by Prime Minister Narendra Modi".