Thugs Of Hindostan, Described By Amitabh Bachchan In This Tweet 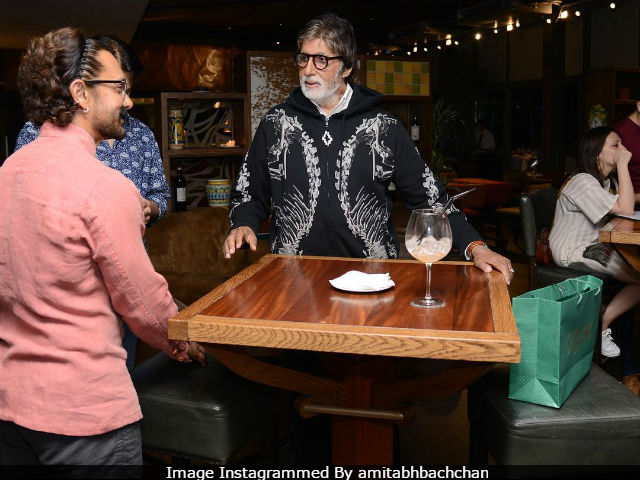 New Delhi: Amitabh Bachchan is filming Thugs Of Hindostan along with Aamir Khan in Malta. Right from checking into Malta to posting pictures from the schedule, Big B has kept fans posted about the shoot. Just a couple of days after the 74-year-old actor revealed that Thugs Of Hindostan is 'gruelling,' Big B now calls the film 'rough and tough.' However, he is happy with it as there is 'no gain without pain.' "Back from work on TOH.. it is rough and tough ! But when ever did anyone gain without it." The other 'thugs' Katrina Kaif and Fatima Sana Shaikh have also joined Big B and Aamir in Malta.

Check out the happy picture of Aamir and Big B when they got some 'respite' from the 'gruelling' shoot.

Thugs Of Hindostan is Amitabh Bachchan and Aamir Khan's first film together. While it is Aamir's second film with co-stars Katrina and Fatima. Dhoom 3, which was directed by Vijay Krishna Acharya, was Aamir and Katrina's first film together. Meanwhile, Fatima debuted with Aamir's 2016 blockbuster Dangal. Thugs Of Hindostan is also directed by Mr Acharya.

Aamir Khan's pierced look for the film has been shared widely on social media recently.

Ear and nose piercing: #AamirKhan goes through a 'painful' transformation for #ThugsofHindostan.

"The set of the film is in a high security water zone, with restricted access. Both these ships have been built in the early eighteenth century style, when vessels would carry cannons and other weapons," Vijay Krishna Acharya earlier told news agency PTI.