Third flag meeting for India and China offers some progress 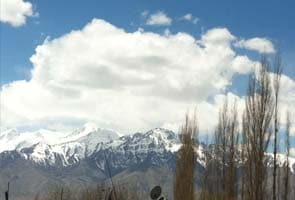 Ladakh/New Delhi: At a third flag meeting between army commanders from India and China, some progress was made in the search for a solution to the stand-off in Ladakh, provoked when Chinese troops set up  camp 19 kms within Indian territory on April 15.

China reportedly suggested that the two armies increase the distance between the temporary camps that they have set up in the Depsang Valley near the Line of Actual Control (LAC), the de facto border.  However, Chinese officials did not discuss a withdrawal.

India said it would consider the suggestion but said it would not accept pre-conditions for more discussions. So far, Beijing has said politely but firmly that it has not violated the border.

After a platoon of Chinese soldiers crossed the LAC and pitched tents, the Indian army set up its own camp just 500 meters away. China's suggestion implies that it's willing to move its temporary posts a few feet back; India will hope that signals a return to the "status quo" it had been seeking before the incursion.

The centre of the flare-up of tension has been Daulat Beg Oldie, where India established a landing strip during the 1962 war. At 16,700 feet, the strip is one of the world's highest. It was reopened in 2008.

In Delhi, a meeting was cancelled of a parliamentary committee that handles defence issues.  No explanation was offered by  Congressman Raj Babbar who heads the committee.  Most of the 20-odd members of the committee were upset  by the sudden postponement. " The Government wants to hide facts and this amounts a severe breach,"  said Prakash Javadekar of the BJP.

Promoted
Listen to the latest songs, only on JioSaavn.com
Some members of the  committee have been seeking a briefing by senior army officers and officials in the Defence Ministry.