The Durga Shakti impact? Centre to change rules for officers 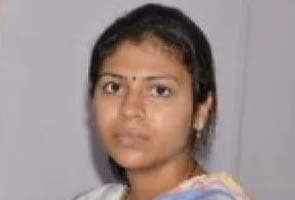 File photo of IAS officer Durga Shakti Nagpal, who was reinstated on Sunday

New Delhi: The Centre is set to change rules to insulate officers from arbitrary 'punishment' by state governments, a move said to be a fallout of the alleged victimization of IAS officer Durga Shakti Nagpal by the Uttar Pradesh government.

Sources say the government will amend rules of suspension to ensure that service officers are not so much at the mercy of the political party in power.

Under new rules, an officer suspended by the government has to be given a charge-sheet in much less time than the current 45 days. And the state will have to respond to the officer's reply within a time limit, instead of sitting on it endlessly.

But these changes, which were strongly pushed by a nationwide IAS officers' body, will, however, have to be approved by states.

Durga Shakti Nagpal was reinstated on Sunday by the Akhilesh Yadav government in UP, which had faced nationwide outrage for suspending her on questionable grounds.

The 28-year-old officer had been gunning for the politically connected sand mining mafia in western Uttar Pradesh when she was suspended for ordering the demolition of a mosque being built illegally on government land. Chief Minister Akhilesh Yadav said her act had "endangered communal harmony".

Promoted
Listen to the latest songs, only on JioSaavn.com
The Samajwadi Party claims Ms Nagpal 'begged' the Chief Minister to revoke her suspension and conceded that what she did was 'wrong'.

The officer's suspension had led to protests by IAS officers across the country. The outrage led to Congress president Sonia Gandhi writing to Prime Minister Manmohan Singh asking him to ensure she is not treated unfairly.