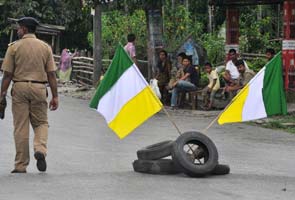 Darjeeling: Hours after the UPA and the Congress Working Committee endorsed statehood for Telangana, the Gorkha Janmukti Morcha (GJM) announced an indefinite strike in the Darjeeling Hills from Saturday to press for its Gorkhaland demand.

GJM chief Bimal Gurung resigned as chief executive of the Gorkhaland Territorial Administration - an autonomous and elected hill development council which the party has been running for a year.

With the hills already paralysed following a 72-hour shutdown called by his party since Monday, Mr Giri said an indefinite shutdown will be organised from Saturday to raise the pitch for Gorkahland.

"We will go for indefinite shutdowns and our movement will not stop until our demand for Gorkhaland is met. We have already advised students to leave the hills and go to the plains," he said.

"Once the present 72-hour shutdown ends on Wednesday, we will give a two-day respite to the people to stock provisions and the tourists and the students to leave. The indefinite shutdown will begin Saturday," he said.

"We have called an emergency meeting tomorrow (Wednesday) where we will chalk out our strategy. The other GTA members will also resign soon," he said.

"The UPA has allowed the formation of Telangana. Now we are left with no choice but to intensify our movement for Gorkhaland. Our demand for a separate state is far older than Telangana," Mr Giri said.

The Gorkhaland movement has left many dead over the past two decades besides affecting the region's economy based on tea, timber and tourism.

On July 18, 2011, a tripartite agreement was signed between the GJM and the state and central governments for setting up the (GTA, armed with more powers than its predecessor - the Darjeeling Gorkha Hill Council formed in the late 1980s.

Promoted
Listen to the latest songs, only on JioSaavn.com
The GJM now runs the Gorkhaland Territorial Administration after sweeping its maiden elections held in July 2012. The Trinamool Congress had pulled out of the polls.