India's cosmetics and beauty market is estimated to nearly double by 2025 from $11 billion in 2017, according to data from Statista, aided in good measure by online retailers led by Mumbai-based Nykaa that saw a blistering growth during the pandemic. 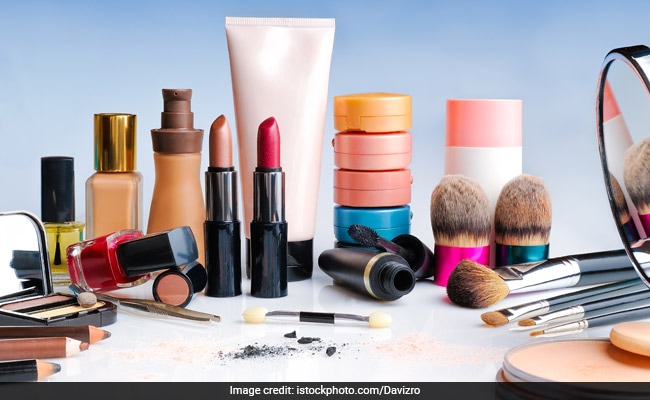 The revenue from beauty, footwear and underwear category is just about $100 million for Trent.

Indian conglomerate Tata Group plans to reclaim ground in the beauty business it exited 23 years ago, with the local market for cosmetics forecast to be worth $20 billion by 2025.

Beauty products will be "a key focus for us" from now on along with footwear and underwear, Noel Tata, non-executive chairman of Trent Ltd., a Tata Group unit operating a chain of retail stores, said in an interview at his office in Mumbai. "Extended product line and experimentation with formats for these products are in the offing as we see these as growth areas in retail." 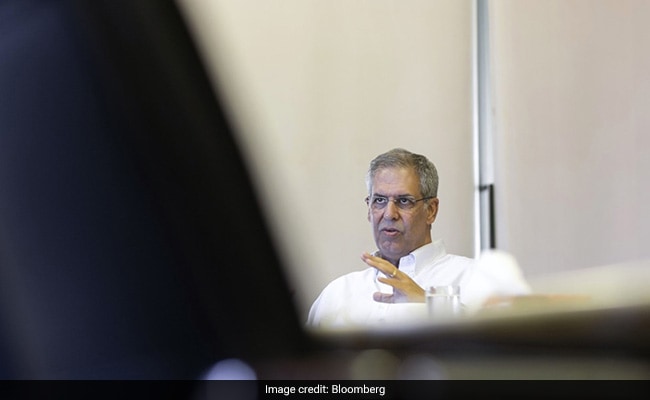 India's cosmetics and beauty market is estimated to nearly double by 2025 from $11 billion in 2017, according to data from Statista, aided in good measure by online retailers led by Mumbai-based Nykaa that saw a blistering growth during the pandemic. The startup, that's now a $13 billion company after a blockbuster IPO, helped millennial and Gen-Z consumers buy high-end beauty brands as well as access tutorials and testimonials from social media influencers.

That's a far cry from the beauty sector India's largest business house dominated decades ago. Simone Tata, Noel Tata's mother, helped create Lakme -- the French name for the Indian goddess of wealth, Lakshmi -- in 1953 as the country's first cosmetics company. The group sold it to Unilever Plc's local unit in 1998. While the coffee-to-cars conglomerate re-entered the turf in 2014, long after the 10-year non-compete clause had expired, it's only now that the group has begun raising its game again.

The revenue from beauty, footwear and underwear category is just about $100 million for Trent while the market is of about $30 billion now, according to data provided by the company.

"These three segments would be low-hanging fruits for Tatas at a time when they are aggressively expanding stores and distribution channels," said Kranthi Bathini, equity strategist at WealthMills Securities Pvt. "While competition is high in these segments, the pie itself is expanding rapidly as consumption bounces back in the economy."

The $103 billion conglomerate, under Trent, is considering building new lines of in-house cosmetic brands that can be a vehicle of growth, Tata said. These products can be retailed through existing large-sized outlets under Westside -- Trent's flagship chain of retail stores -- or via standalone stores and through digital channels, he added.

Noel, the half-brother of Ratan Tata, is one of the trustees on the board of Ratan Tata Trust, which is part of collective of charities that owns two-thirds equity in Tata Group's main holding firm. He has been overseeing the group's retail operations housed mostly in Trent for more than two decades. 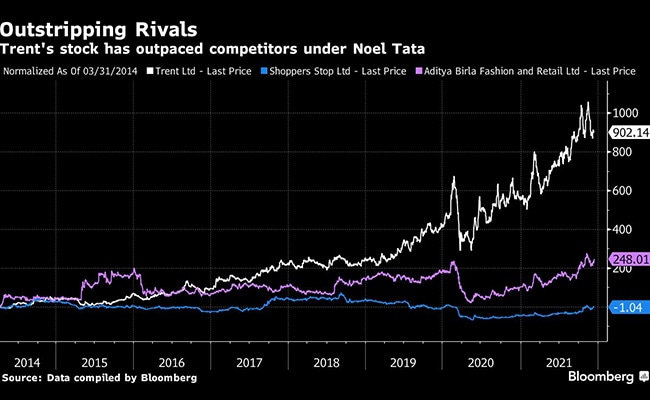 Indian women were used to buying makeup and hair-care products at mom-and-pop neighborhood stores where the selection was scanty and trials unheard of. With the proliferation of malls and supermarket store chains and more recently, the online stores, the sector has morphed into a fast-growing one, especially the three segments that Tata is targeting.

"I feel that we have barely scratched the surface in these categories and a significant part of these markets are still unorganized and a shift to organized retail is bound to happen. We are also seeing a shift in consumer behavior preferring more fashionable products in these categories," Tata said.

The shares of Trent, founded in 1998, jumped more than 9-fold under Tata's leadership since 2014, outpacing peers Aditya Birla Fashion and Retail Ltd. and Shoppers Stop Ltd. In November, he moved into a non-executive role at Trent. 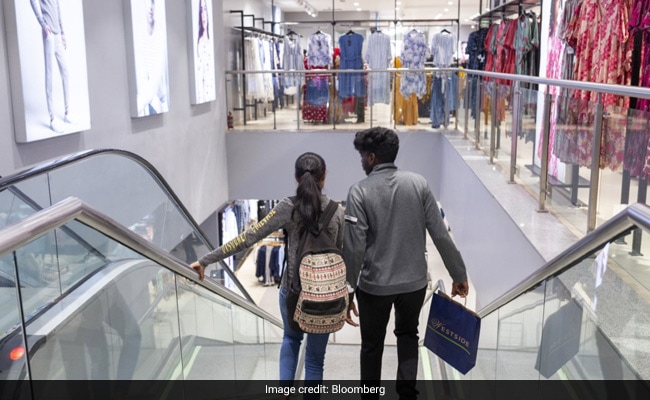 Customers at a Westside store operated by Trent in Mumbai.

"I see the digital opportunity helping us reach more customers wherever they are," Tata said, whether its browsing and buying online or at a brick-and-mortar store.

Trent has been an early adopter of the omni-channel model in Indian retail with TataCliq and has recently ramped up its online presence with Westside.com. A super app, that Tata Group is developing, will expand access to customers, he said.

About 90% of Trent's total sales are at full price, according to data provided by the company.