According to the Dakshina Bharat Hindi Prachar Sabha, those who appeared for various Hindi exams have increased by over 100 per cent over the last decade. 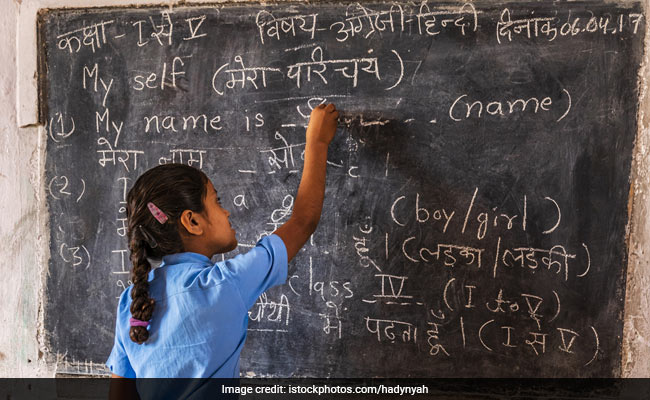 Necessity is a major factor that makes people learn a language: Officials

Data has revealed that Tamil Nadu, the epicentre of the recent row over the Centre's three-language formula, has topped the list among southern states in people volunteering to learn Hindi.

According to the Dakshina Bharat Hindi Prachar Sabha, those who appeared for various Hindi exams - from ''Parichaya to Praveen'' proficiency levels - have increased by over 100 per cent over the last decade.

The Sabha was established in 1918 by Mahatma Gandhi with the sole aim of propagating Hindi in southern states.

"We have been teaching Hindi for the last 100 years. Knowing a language broadens your knowledge. The more the better and it is based on a person's necessity." The organisation conducts tests for eight proficiency levels-- Parichaya, Prathamik, Madhyama, Rashtrabhasha, Praveshika, Rashtrabhasha Visharad, Rashtrabhasha Praveen, and Nishnath.

A candidate needs at least four years to complete all of these, the official said, adding that there has also been an increase in those opting for D litt, PhD, MA and Mphil courses.

Early this week, after facing outrage over the three-language proposal, particularly in Tamil Nadu, the Centre dropped the contentious clause of mandatory Hindi teaching in non-Hindi speaking states.

The DMK, the main opposition in Tamil Nadu, said the decision showed that late party patriarch M Karunanidhi was "living," apparently suggesting it was a success to the late leader''s legacy of opposing "imposition" of Hindi.