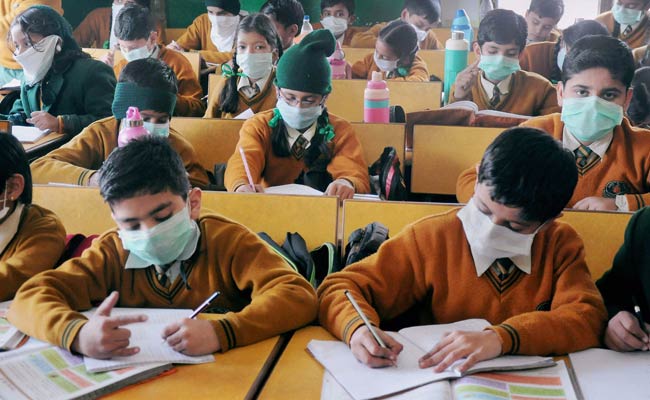 Students of a public school use masks in a classrooms to protect themselves against Swine Flu virus in Bikaner. (PTI)

Five more deaths due to swine flu were reported in Rajasthan on Thursday, taking the toll since the beginning of the year to 73, officials said.

"The deaths were reported from Jaipur, Dausa and Jodhpur. Besides, 19 more people tested positive on Thursday for swine flu," a health department official said.

The disease has created panic in the state, and over 270 people on Thursday reached the state's largest government-run Sawai Man Singh Hospital in Jaipur for swine flu tests.

Promoted
Listen to the latest songs, only on JioSaavn.com
An official said that till Wednesday, 437 people tested positive for the H1N1 virus, with the maximum of 152 from Jaipur. There were also reports of shortage of tablets used for treating H1N1 virus from many areas.