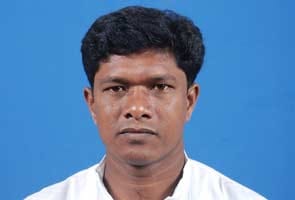 Koraput, Odisha: A tribal MLA of the ruling BJD in Odisha was abducted by Maoists in Koraput district in the early hours today, police said.

While the personal security officer (PSO) and driver of the MLA were allowed to leave, Hikaka was taken away into the nearby forest by the ultras at gunpoint, he added.

The PSO and driver informed the Laxmipur police station about the incident, Mr Kumar said, adding that steps have been initiated to ascertain the whereabouts of the legislator.

The incident happened hours after Chief Minister Naveen Patnaik appealed to the rebels to desist from violence.

Promoted
Listen to the latest songs, only on JioSaavn.com
The abduction came 10 days after the Maoists took two Italians hostage from Kandhamal district on March 14. Talks are on between rebel-nominated negotiators and government representatives to resolve the crisis.

The negotiators engaged to end the Italian hostage crisis - B D Sharma and Dandapani Mohanty - have appealed to the Maoists to release the legislator without delay.

Delhi Metro Services Between These Stations Hit After Cable Theft