Now, Sushma Swaraj Extends Help To Teen For Her Father Caught in UAE 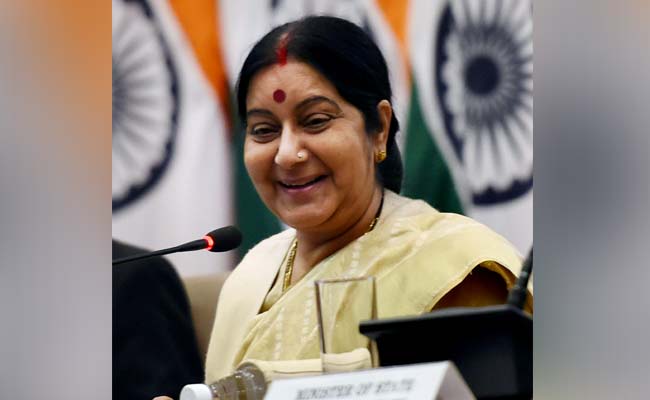 New Delhi: External Affairs Minister Sushma Swaraj's active use of the social media to help Indians in distress abroad came to the fore again on Wednesday when she assured a 16-year-old girl that the Indian Embassy in the UAE will help her father caught in a fraud case.

Anjali Mohan tweeted she needed help as her father was trapped in a fraud case in the United Arab Emirates (UAE) but was not involved.

Anjali - I hv sent a word to the Ambassador. Indian Embassy in Abu Dhabi will contact you and help. @IndembAbuDhabihttps://t.co/1cUTe6QEyu

A couple of days back, Sushma Swaraj also helped a couple going abroad for their honeymoon after the wife lost her passport.