The Deputy Chief Minister said that not watching a movie that glorifies Bihar would be a disservice to the people behind it. Besides, he was good at multitasking. 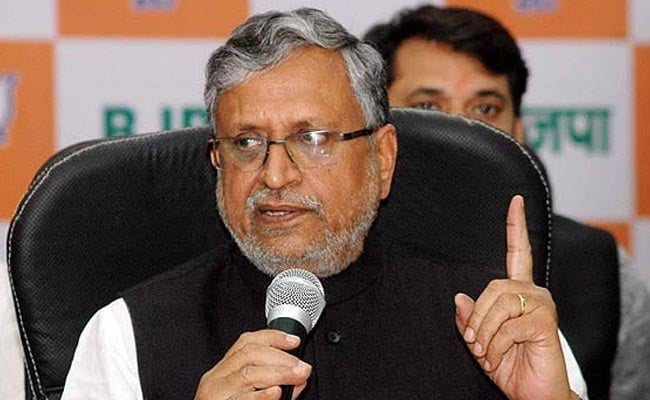 A day after being trolled for watching a Hrithik Roshan movie at a time when Bihar is reeling under heavy floods, Deputy Chief Minister Sushil Kumar Modi on Friday defended himself by saying that he was quite capable of multitasking.

Addressing a public event in the state capital, Mr Modi admitted that he had watched the movie "Super 30" twice in the last six days. "I have been abused for watching this movie. Even today, an English television channel ran a ticker that read: Our Deputy Chief Minister was watching a film while our state was battling floods. But the people running this channel do not know that several kinds of work can be done at the same time," he was heard saying in a clip released by news agency ANI.

The senior BJP leader said there was a reason why he had chosen to repeatedly patronise the movie based on the life of mathematician Anand Kumar. "If a film is made on Bihar, and if this film has helped bring pride and honour to Bihar, it would be a disservice to its makers and artistes if we do not watch it," he said to loud cheers.

WATCH Bihar Dy CM Sushil Modi: I've been abused for watching movie 'Super 30'. Today also an English channel was showing 'when state is flooded, Dy CM is watching a film'.Several works can be done at one time, we're helping flood-affected people&doing all the arrangements.(18.07) pic.twitter.com/tNPqYNC3B7

Anand Kumar (46), who belongs to Patna in Bihar, is world-renowned for his Super 30 programme that has made a mission of coaching underprivileged students for the IIT-JEE entrance examination. By 2018, as many as 422 of the 480 students under his tutelage had made it to the prestigious Indian Institutes of Technology.

The film, which hit the theatres on July 12, was made tax-free in Bihar earlier this week. Hrithik Roshan, who plays the role of Anand Kumar in the movie, expressed his gratitude with a tweet: "This is amazing Anand Sir. Thank you CM @NitishKumarji and Deputy CM @SushilModiji for this."

This is amazing Anand Sir thank you CM @NitishKumar ji and Deputy CM @SushilModi ji for this. https://t.co/MwKt0EFSUVpic.twitter.com/zyPAeStPnU

"Super 30", directed by Vikas Bahl, has raked in a total of Rs 75.5 crore in the first week since its release.

Meanwhile, State Agricultural Minister Prem Kumar has called an emergency meeting today to discuss the flood situation in Bihar. "National Disaster Response Force and State Disaster Response Force teams have been pressed into action to rescue lakhs of people who are stranded in the flood. I'm visiting various places in Madhubani to take stock of the flood situation," ANI quoted him as saying.

According to Bihar Chief Secretary Deepak Kumar, at least 33 people have lost their lives so far and over 26 lakh people affected. "As many as 221 relief camps have been established and about a lakh people are taking shelter in these relief camps. More than 700 community kitchens are being run," he said.

Chief Minister Nitish Kumar, for his part, has initiated the process of depositing cash relief amounting ot Rs 6,000 directly into the bank accounts of flood-affected families.