The Amarinder Singh government had on April 12 favoured in the top court the high court verdict convicting and awarding the three-year jail term to Navjot Sidhu, who is now Punjab's tourism minister. 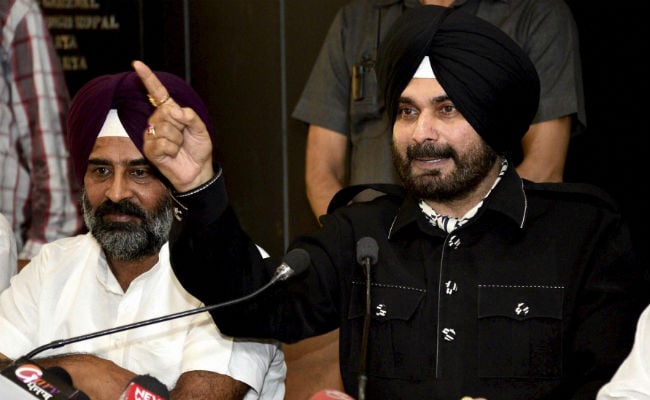 New Delhi: The Supreme Court today reserved its judgment on the appeal filed by cricketer-turned-politician Navjot Singh Sidhu challenging the Punjab and Haryana High Court verdict convicting and sentencing him to three years in jail in a 1988 road rage case.

Senior advocate RS Cheema, appearing for Sidhu, said that the evidence brought on record regarding the cause of death of the victim were "indefinite and contradictory".

He also said that the medical opinion regarding the cause of death of the deceased, Gurnam Singh, was "vague".

The bench also reserved its verdict on the appeal filed by Rupinder Singh Sandhu, who along with Mr Sidhu was sentenced to three years in jail by the high court in the case.

Mr Sidhu, who had quit the BJP and joined the Congress days before the Punjab Assembly election last year, had earlier told the bench that the findings of the high court were based on "opinion" and not on medical evidence.

However, the Amarinder Singh government had on April 12 favoured in the top court the high court verdict convicting and awarding the three-year jail term to Mr Sidhu, who is now Punjab's tourism minister.

The former cricketer had argued that there was "ambiguity" regarding the actual cause of death of Patiala resident Singh.

The counsel for the state had earlier told the apex court: "The trial court verdict was rightly set aside by the High Court. Accused A1 (Navjot Singh Sidhu) had given fist blow to deceased Gurnam Singh leading to his death through brain hemorrhage."

The state had argued that the trial court was wrong in its findings that the man had died of cardiac arrest and not brain hemorrhage.

The counsel for the complainant had argued that Mr Sidhu's sentence should be enhanced as it was a case of murder and the cricketer-turned-politician had deliberately removed the keys of the deceased's car so that he does not get medical assistance.

Mr Sidhu was acquitted of the murder charges by the trial court in September 1999.

However, the high court had reversed the verdict and held Mr Sidhu and co-accused Mr Sandhu guilty of culpable homicide not amounting to murder in December, 2006. It had sentenced them to three-year jail and imposed a fine of Rs one lakh each on the two.

In 2007, the top court had stayed the conviction of Mr Sidhu and Mr Sandhu in the case, paving the way for him to contest the by-poll for the Amritsar Lok Sabha seat.

As per prosecution case, Mr Sidhu and Mr Sandhu were allegedly present in a Gypsy parked near Sheranwala Gate Crossing in Patiala on December 27, 1988, when Gurnam Singh, Jaswinder Singh and another person were going to the bank to withdraw money for a marriage.

Promoted
Listen to the latest songs, only on JioSaavn.com
It was alleged that when they reached the crossing, Gurnam Singh, driving a Maruti car, found the Gypsy in the middle of the road and asked the occupants, Mr Sidhu and Mr Sandhu, to remove the vehicle for their passage. This led to heated exchanges.

The police had claimed that Mr Singh was beaten up by Mr Sidhu who later fled the crime scene. The injured was taken to a hospital, where he was declared dead.