Delhi Air Pollution: Assuring that steps are being taken to stop stubble burning, the central government, putting the onus on Punjab, told the court, "The state government needs to buckle up."

With Delhi and nearby cities blanketed in smog for over a week now, the Supreme Court today told the central government to prioritise an emergency plan over long-term measures as Chief Justice NV Ramana said, "You see how bad the situation is....even in our houses, we are wearing masks."

Asking the centre and states to submit their response by Monday, the Chief Justice said: "You tell us how do you plan to take the emergency measures? Two-day lockdown? What is your plan on lowering the AQI (Air Quality Index) levels?".

An emergency meeting will be held later today between the centre and states, including Punjab and Haryana, the court was told. "Look at the issue by going beyond (the) responsibility of governments (centre or states). Something needs to happen so that we feel better at least for next two-three days," the Chief Justice said.

Breathing the Delhi air is "like smoking 20 cigarattes a day," the state government admitted in the court, stressing, "We agree to the gravity of the situation." As the national capital saw the season's worst air quality on Friday, the central pollution watchdog advised people to stay indoors. 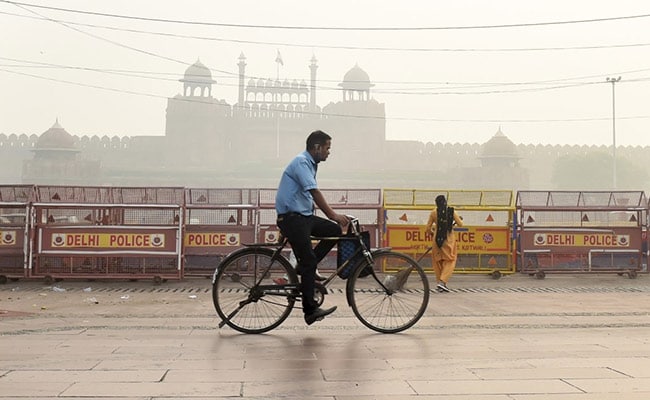 Delhi's deteriorating air quality has caused a major concern among locals and authorities.

To this, the Chief Justice replied, "Why are you projecting like (the) pollution is because of farmers? It is only a certain percentage of pollution. What about the rest? What are you doing to control the pollution in Delhi? You tell us what is your proper plan...not about 2-3 days."

If farmers don't get an incentive, a change is unlikely, Justice DY Chandrachud pointed out, adding, "Enforcement can't happen just like that." Despite subsidy, many farmers are not able to buy machines for stubble burning, the court observed.

"It has become a fashion for everyone to bash the farmers. You banned firecrackers but what about what has been happening in last 5-6 days," Justice Surya Kant said.

However, Solicitor General Tushar Mehta, representing the centre, later clarified, "We are not saying that it's only farmers. We never said that."

In a sharp rebuke to the Delhi government, the court further said: "You opened all schools two weeks back.. All kids are exposing their lungs to this hazardous air."

The air quality in Delhi and nearby cities worsened last week after the ban on crackers was widely violated on Diwali. Stubble burning in Punjab and Haryana is also believed to be a key contributor.