Sridevi Says She Has 'Never Felt Like A Star'

"I have never felt that I am a star. It never came to my mind. The day you start feeling it, you will move back (in your career)," said Sridevi 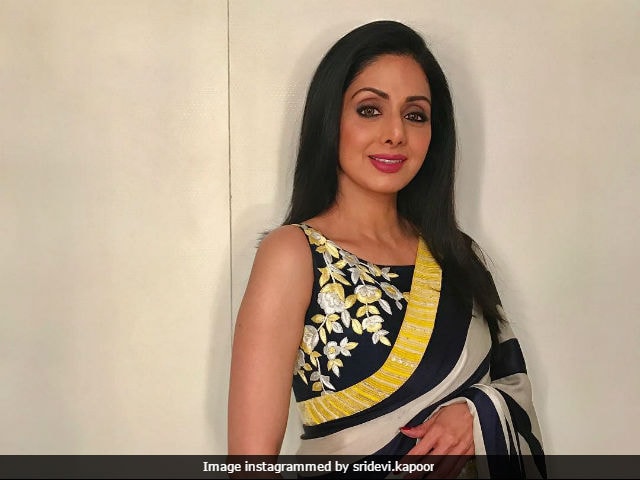 New Delhi: Sridevi is eagerly awaiting the release of her film MOM, co-starring Akshaye Khanna and Nawazuddin Siddiqui. The 53-year-old actress, who started her career as a child actor at the age of four with M A Thirumugham's Thunaivan (1969), told news agency PTI that she has never let success go to her head. "I have never felt that I am a star. It never came to my mind. The day you start feeling it, you will move back (in your career). For me stardom is feeling happiness and being positive," PTI quoted Sridevi as saying. The Lamhe actress added that the love of her fans and producer's faith has motivated her to do better in her career.

"I am thankful to my fans and producers that I am on my toes all the time to do better. The day you feel you have achieved it all or you are something then you are gone and that thought never came to me. And it should not come also," PTI quoted Sridevi as saying.

Sridevi told PTI that she 'never planned' to become an actress. "I was so thrilled and my mother was also excited. When I came on the sets for the first time it was like a dream. We just thought we would do just one film but the offers kept coming. And soon I started doing two shifts a day. I was enjoying the process," Sridevi told PTI.

Sridevi, who has completed over five decades in the film industry, said that people in the industry are 'more professional' now.

"They (industry people) have started valuing time, scripts are being given in advance and everything has become technically advanced today. They (writers) are coming up with different and interesting characters for women that are bold and challenging and that is amazing. People are willing to produce and take chances," PTI quoted Sridevi as saying.

Sridevi last featured in 2015 Tamil movie Puli. Her last Bollywood film was English Vinglish, directed by Gauri Shinde. The film was her first movie after a gap of 15 years.

Promoted
Listen to the latest songs, only on JioSaavn.com
Sridevi's MOM will release in theatres on July 7.