The war of words broke out when BJP member Locket Chatterjee alleged that the "entire TMC is involved in chit fund irregularities, duping gullible investors of their hard-earned money". 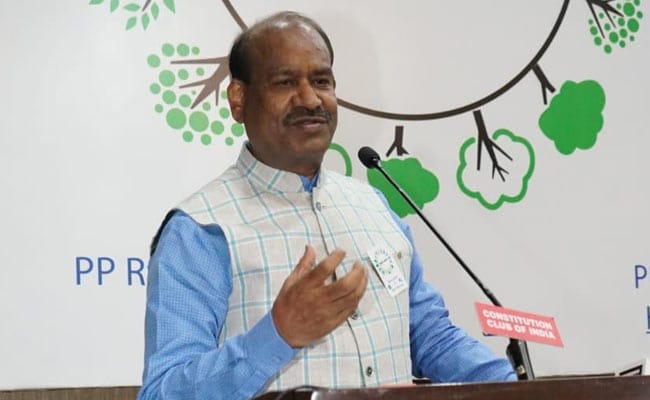 Lok Sabha Speaker Om Birla warned members from the ruling Bharatiya Janata Party (BJP) and opposition Trinamool Congress (TMC) by saying, "don't turn the Lok Sabha into the West Bengal Assembly" when they clashed during a debate on a bill to amend the Chit Funds Act.

The war of words broke out when BJP member Locket Chatterjee alleged that the "entire TMC is involved in chit fund irregularities, duping gullible investors of their hard-earned money".

Without naming TMC chief Mamata Banerjee, she alleged that the West Bengal chief minister was protecting those who had run away with poor people''s money.

Ms Chatterjee also alleged that 40 per cent of the money collected by the various chit funds in West Bengal had gone to agents, who were members of the TMC.

Hitting back at Ms Chatterjee, Kalyan Banerjee of the TMC rejected her allegations. This led to a war of words between the members of the two parties, forcing the chair to intervene and urge them against making personal remarks.

The speaker cautioned both sides not to "turn the Lok Sabha into the Bengal Assembly and speak about the bill and not something which is beyond the purview of the bill".

The bill seeks to amend the Chit Funds Act, 1982, which regulates chit funds and prohibits a fund from being created without the prior sanction of the state government concerned.

Under a chit fund, people agree to pay a certain amount from time to time into a fund. Periodically, one of the subscribers is chosen by drawing a chit to receive the prize amount from the fund.