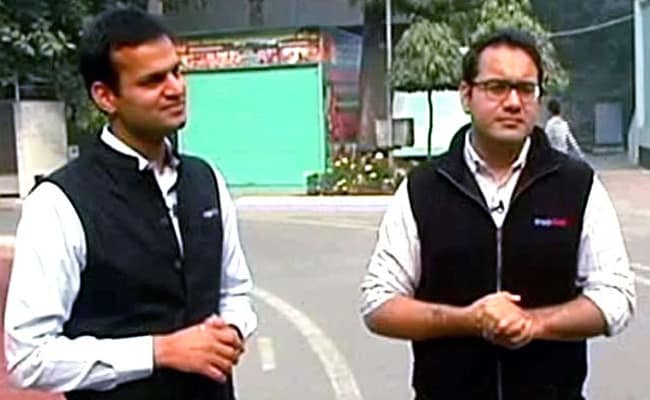 New Delhi: Snapdeal, the third-largest e-commerce player in India, will lay-off about 600 employees from the company including from its logistics (Vulcan) and payments (Freecharge) divisions over the next few days. In an email to employees on Wednesday, company co-founders Kunal Bahl and Rohit Bansal ceded that they had 'made mistakes' and said they won't draw a salary.

"Over the last 2-3 years, with all the capital coming into the market, the company and the entire industry started making mistakes," said the letter, adding, "We started growing our business much before the right economic model and market fit was figured out."

The company said many others at the firm have "proactively" offered significant reduction in compensation. "Both Rohit and I are taking a 100 per cent salary cut," Mr Behl said.

The lay-offs will affect employees across levels, and the process will be carry on for the next few days.

"We started doing too many things, said Mr Behl. "All of us starting with myself and Rohit (Bansal) are to blame".

"We also started diversifying and starting new projects while we still hadn't perfected the first or made it profitable. We started building our team and capabilities for a much larger size of business than was required with the present scale," he said in the letter.

Mr Bahl gave examples of global companies like Apple Tesla, Amazon, Netflix, Lego and Spicejet that "painted themselves into a corner many times over" before they became successful.

Preparing the staff for the layoffs, Mr Behl said, "Snapdeal is being re-organised into a lean, focused and entrepreneurial company. We are combining teams, reducing layers, eliminating non-core projects and strengthening the focus on profitable growth."

Promoted
Listen to the latest songs, only on JioSaavn.com
"Sadly, we will also be saying really painful goodbyes to some of our colleagues in this process," he said.

Snapdeal is locked in an intense battle with Amazon and Flipkart in the e-commerce space. The company had last reported employee strength of 8,000 people.