In Accident That Killed Doctor, Police Back Minister Smriti Irani 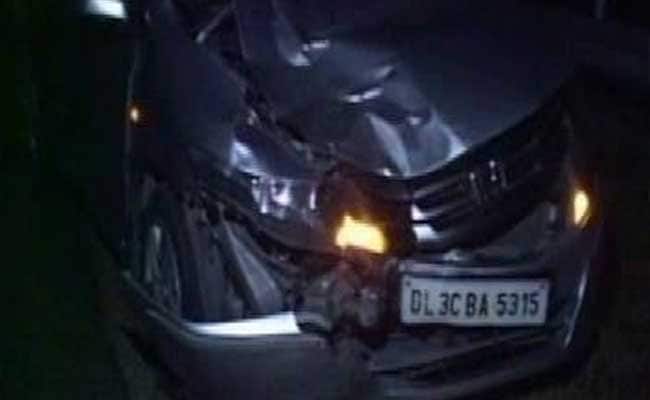 Smriti Irani escaped unhurt after a car pile-up on the Yamuna Expressway.

New Delhi: Minister Smriti Irani's office today denied that she had left without helping after an accident on the highway on Saturday in which a doctor was killed and his young nephew was critically injured. She has also rejected the charge that the car that hit the doctor's bike was a part of her convoy.

Agra-based doctor Ramesh Nagar was killed after he was hit for the second time by a car in the minister's convoy, his children have alleged in an FIR or police complaint. Dr Nagar's 15-year-old daughter Sandili was riding pillion along with her 12-year-old cousin, who was severely injured.

The teenager alleges that she begged for help but "Smriti Irani ignored us", contradicting the minister's tweet after the accident.

Tried to help the injured who were lying on the road for quiet sometime and ensured they reach a hospital. Pray for their safety.

Ms Irani's spokesperson has strongly denied the allegation. He said that car no. 5315 named in the FIR is not part of the minister's convoy. He also says that the minister stopped to call a police officer for an ambulance even though she was hurt in the pile-up.

The minister's version has been confirmed by the police officer she called. "The bike was hit by a Honda City. Two other cars also hit it. Then came Smriti Irani's pilot car. The minister reached the spot 7-8 minutes after the accident. She got out and called our control room for help around 9.20 pm. It was drizzling and she got out of the car to see what happened," said Rakesh Singh to NDTV.

The officer said Ms Irani left after the police and the highway rescue medical van arrived at the spot.

Sandili Nagar claims that she and her cousin waited for several hours for medical attention.

"The HRD minister's car hit our bike, which was at slow speed. Our bike fell. I asked for help but they said no. They said you can get help later. If she wanted, she could have helped us. If she had helped us, my father would have been there with us," said Sandili.

Promoted
Listen to the latest songs, only on JioSaavn.com
She claimed that Ms Irani walked out of her car, which was damaged, got into another car and drove off.

Ms Irani was on her way to Delhi after attending a BJP youth convention in Mathura when her car was caught in the pile-up on the Noida expressway.