Punjab Police on Tuesday sought the transit remand of Lawrence Bishnoi to produce him before the court of the Chief Judicial Magistrate (CJM) Mansa in accordance with the law. 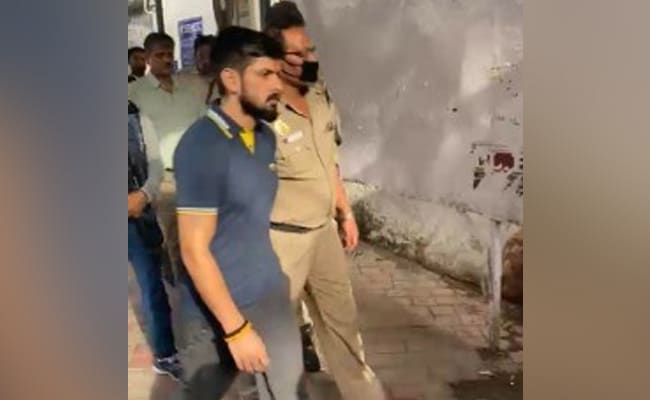 Lawrence Bishnoi is accused in the MCOCA case pending before the Patiala House court.

Punjab Police on Tuesday informed a Delhi court that Lawrence Bishnoi is a key conspirator of singer Sidhu Moosewala's murder while seeking the gangster's transit remand saying that his custodial interrogation is necessary.

Punjab Police on Tuesday sought the transit remand of Lawrence Bishnoi to produce him before the court of the Chief Judicial Magistrate (CJM) Mansa in accordance with the law.

Punjab Police further submitted that during the investigation of the Sidhu Moosewala murder case, the confession statements of the arrested accused were recorded wherein it was clearly pointed out that Lawrence Bishnoi had tasked the co-accused to carry out the "planned killing of Sidhu Moosewala".

"The arrested accused also stated that they were in direct touch with Satwinder Singh alias Goldy Brar, who is a close associate of Lawrence Bishnoi. It is also pertinent to mention here that all the arrested accused are closely associated with Lawrence Bishnoi and his associates, and they have been involved together in multiple FIRs. The motive for the above said crime was found to be to avenge the killing of Vikramjeet Singh alias Vicky Middukhera, in which there was an alleged involvement of Shagundeep Singh, manager of Shubhdeep Singh, who is not missing," it added.

Sidhu Moosewala was shot dead by unidentified men in Jawaharke village of Punjab's Mansa district on May 29. The incident took place a day after his security was withdrawn by the Punjab police among 424 others.

Meanwhile, Advocate General of Punjab Anmol Rattan Sidhu submitted that if the custody of Lawrence Bishnoi is given to the Punjab Police, then it will take full responsibility for the gangster's security.

"There will be about 50 police personnel of Punjab Police, two bullet proof vehicles, 12 vehicles will run on the way which will clear the route. All routes will be videographed. The entire order of the Supreme Court will be followed and passed in such related cases," he said.

However, Advocate Vishal Chopra appearing for Lawrence Bishnoi opposed the Punjab Police application and said that there is a security threat. There is apprehension that Lawrence Bishnoi may be "eliminated" if transit remand is granted.

Lawrence Bishnoi's lawyer submitted that we are not opposing virtual interrogation and investigation. "We are just opposing his physical transit remand to Punjab. Punjab Police can arrest him in the case, if needed, but in Delhi only," he added.

After hearing the submission of both sides, the Duty Magistrate reserves the order on Punjab Police's application.

He was produced in Patiala House Court on Tuesday after his custody remand by South Range Special Cell of Delhi Police in an Arms Act case ended.

In an old case of Punjab Arms Act, Delhi Police South Range Special Cell had got four days' custody of Bishnoi. During the hearing on the last date, the police interrogated Bishnoi for 20 minutes with the permission of the Court. After that, the court sent him to police custody.

Lawrence Bishnoi is accused in the MCOCA case pending before the Special Judge of Patiala House court.