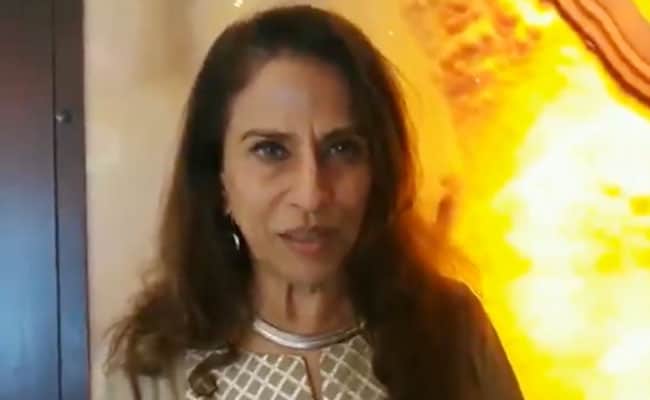 Author Shobhaa De on Monday rubbished claims made by former Pakistan envoy to India Abdul Basit that he influenced her to write an article in 2016 where she "advocated plebiscite" in Jammu and Kashmir after Hizbul Mujahideen terrorist Burhan Wani was shot dead.

Ms De said the only time she met Mr Basit was during the Jaipur Literature Festival in January 2019, when the former envoy attempted to make a conversation at a "publishing party" but was "almost as good as asked to leave".

"The only time I met him, or rather he came and imposed himself and intruded into a small group was in January of this year at the Jaipur lit fest at a publishing party. He came and joined a small group, attempted a conversation, was snubbed and almost as good as asked to leave," said Ms De.

"In those three minutes, yes, he tried to bring in various issues but the only issue that actually chased him away was China. That was the first and last time I ever encountered this man," she added.

#WATCH Columnist Shobhaa De responds to claims by Former Pakistan High Commissioner to India, Abdul Basit, that he managed to influence her writings on Kashmir pic.twitter.com/784dub1wBW

In an interview with Pakistani blogger Farhan Virk, Mr Basit had claimed he managed to influence "prominent" columnist Shobhaa De to write the 2016 article titled, "Burhan Wani is dead but he'll live on till we find out what Kashmir really wants".

Ms De called Mr Basit's statement "dangerous, malicious, and unfair to anybody who believes in the truth", adding that she is "deeply insulted and upset that he could dare to say something like that about a person who has built her career on credibility and positive good journalism for over 40 years."