Aaditya Thackeray, son of Maharashtra Chief Minister Uddhav Thackeray, had clarified on Tuesday that he was nowhere related to actor Sushant Singh Rajput's death, and that he and his family are being targeted for no reason. 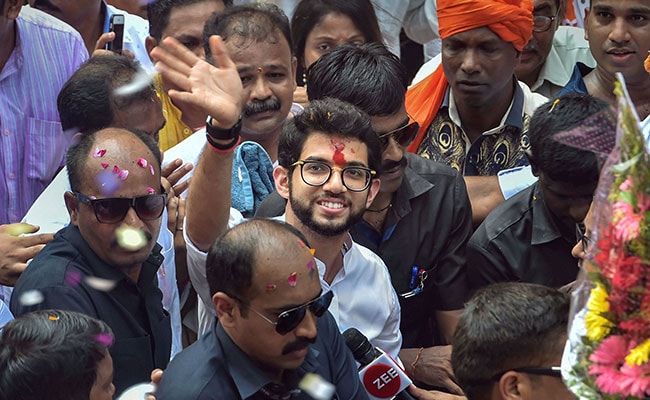 Though Mr Raut did not take any names, he said the opposition cannot digest the fact that the Sena-led government is in power in the state.

"What has Aaditya Thackeray got to do with the Sushant Singh Rajput case? It seems the opposition still cannot digest that the Shiv Sena-led government has come to power in the state," Mr Raut told reporters.

Those conspiring to link Aaditya Thackeray, also chief of the Shiv Sena's youth wing Yuva Sena, to the case will have to pay a heavy price for it, he said.

Aaditya Thackeray, son of Maharashtra Chief Minister Uddhav Thackeray, had clarified on Tuesday that he was nowhere related to actor Sushant Singh Rajput's death, and that he and his family are being targeted for no reason.

He alleged a pattern of dirty politics following the death of the Bollywood actor and without naming anyone, and said that the allegations being levelled against him are "political stomach-ache" stemming from frustration.

It was the first time Aaditya Thackeray responded to speculation dragging him into the Sushant Singh Rajput investigations.

Media reports had suggested that the Maharashtra government, specifically the Mumbai Police, were trying to shield a politician connected to Sushant Singh Rajput's girlfriend Rhea Chakraborty, who is accused by the actor's family of transferring money from his account and mentally harassing him.

A photo of the state tourism minister with an actress went viral, with many claiming she was Rhea Chakraborty. The photo was actually of another actor.

Sushant Singh Rajput, 34, was found dead at his apartment in suburban Bandra on June 14. The Mumbai Police, which said they actor had died by suicide, are investigating the case.

The two cases have led to a turf war between Mumbai Police and Bihar Police.

The Bihar government on Tuesday recommended a CBI probe in the case.