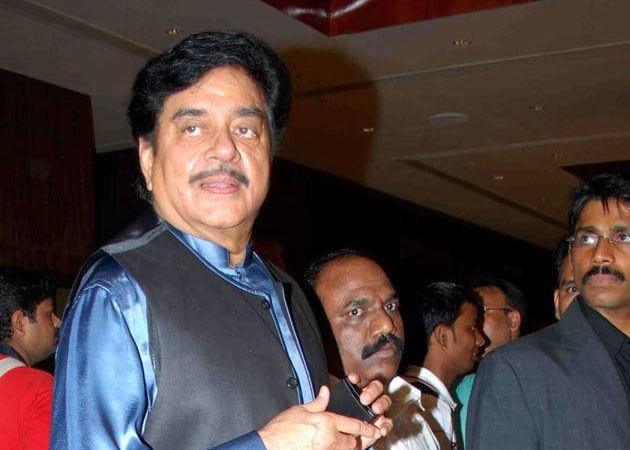 Mr Sinha, urged the BJP to not take action against Mr Azad, who has alleged corruption in the Delhi and District Cricket Association or DDCA when Mr Jaitley headed it.

Patna: Hours before Kirti Azad was suspended by the BJP, another party rebel, Shatrughan Sinha, described him as a "hero" for taking on Finance Minister Arun Jaitley over alleged corruption in Delhi's cricket body.

Mr Sinha tweeted support for Mr Azad, who defied the party leadership by publicly attacking Mr Jaitley, all but naming him while alleging deep corruption in the Delhi and District Cricket Association or DDCA, which Mr Jaitley headed for 13 years.

In a series of tweets, Shatrughan Sinha said,

"Have often quoted Newton's 3rd Law. Feel that untimely action could boomerang. Sadly, Party With a Difference has become Party With Differences," he added.

As for FM, issue shud be fought politically not legally. As advised by our dashing dynamic PM, our FM cud follow Advanijis eg & come clean

On Tuesday, Prime Minister Narendra Modi defended Arun Jaitley at a weekly meeting of party lawmakers, saying he would come out "with flying colours" in the Delhi cricket body controversy, much like BJP veteran LK Advani had emerged unscathed from Hawala charges in the 1990s.

Mr Advani had resigned as a member of parliament and refused to contest elections till he was cleared of the charges.

Both Shatrughan Sinha and Kirti Azad are BJP lawmakers from Bihar, where the party suffered a humiliating defeat in assembly elections last month. Mr Sinha, sulking from being sidelined in the state, had in a flurry of tweets messaged an elaborate "I told you so" to the party leadership and then promptly visited Nitish Kumar and Lalu Yadav, who defeated the BJP, to congratulate them.

There has been buzz for some time that the BJP will take disciplinary action against Mr Sinha for his frequent rebellion and refusal to toe the party line, but that is yet to happen.

Arun Jaitley has sued leaders of the Aam Aadmi Party, including Delhi Chief Minister Arvind Kejriwal, over their allegations against him of corruption in the DDCA, but he has not taken Kirti Azad to court.