Damodar Rout, who had joined the BJP in March after being dismissed from the ruling BJD, sent his resignation letter to BJP state president BK Panda. 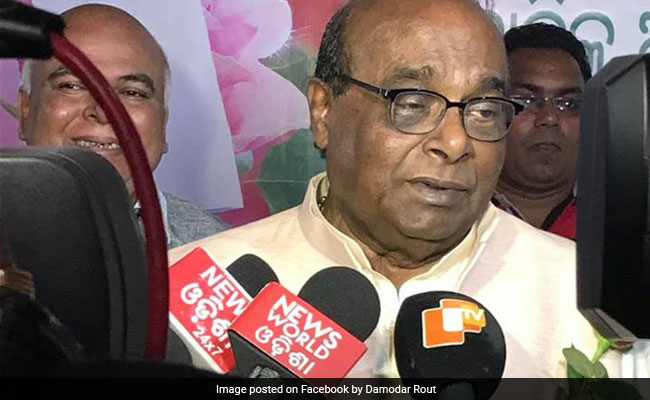 Damodar Rout was a member of the Odisha Assembly for 35 years.

Senior BJP leader Damodar Rout resigned from the primary membership of the party on Wednesday, alleging that he was not being involved in party activities ahead of the Bijepur Assembly by-poll in Odisha on October 21.

Mr Rout, who had joined the BJP in March after being dismissed from the ruling BJD, sent his resignation letter to BJP state president BK Panda.

"I feel that the party does not require my involvement in its political programmes and policy-making process after the general elections. This has hurt me," Mr Rout said in the letter.

He was being forced to retire from active politics for not being relevant in the party, the letter read.

Mr Rout, who was a member of the Odisha Assembly for 35 years and a cabinet minister for seven times, had lost the 2019 polls from Balikuda-Ersama Assembly constituency. For the first time, he had contested the election on a BJP ticket.

Mr Rout was the second leader after former MLA Ashok Kumar Panigrahi to quit the BJP ahead of the Bijepur by-poll.

The former MLA from Paradip mentioned in the letter that he was expelled from the BJD in September 2018 for raising the issue of corruption against the then government.

"The BJP leaders inducted me into the party while I was busy campaigning against corruption in the system. I joined the BJP in New Delhi in the presence of its president. I was made the party's campaign committee convener before the elections," Mr Rout said.

Pointing out that his name did not figure among the 40 star campaigners for the Bijepur by-poll, Rout said, he was "disgusted" over the BJP state leadership not utilising his vast experience, Mr Rout said.

The veteran leader said he has decided to work for the people on the ideology of the late Biju Patnaik. Therefore, he would prefer to resign from the primary membership of the BJP, he said.

"I have no animosity against the party and its leadership," Mr Rout said.