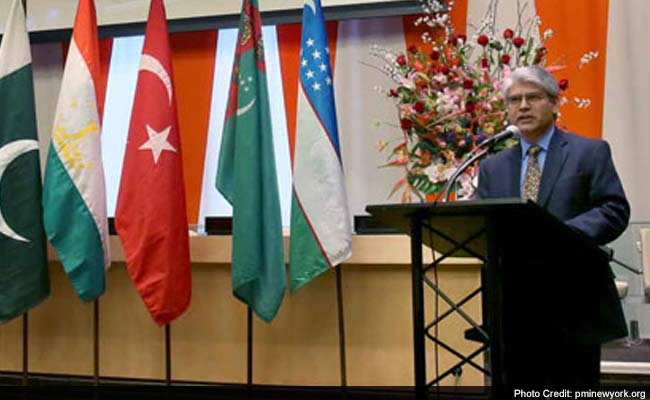 India had asked the UN Security Council to investigate, prosecute and penalise terrorist acts, especially those directed against UN peacekeepers.

United Nations: In a scathing criticism of the Security Council's role in fighting terrorism, India has said that the UN's primary body for international security was helpless in making countries enforce its own sanctions and resolutions against terrorists.

India's Permanent Representative, Asoke Kumar Mukerji said yesterday, "The response of the Council to the threat posed by terrorism, especially in Africa and Asia, has been less than robust."

Participating in a General Assembly debate on the annual report on the Security Council, Mr Mukerji said that even when it has applied sanctions or made decisions on terrorism it "appears helpless" in making the member states enforce them.

In June, China blocked India's demand for taking action under Security Council's anti-terrorism resolutions against Pakistan for setting free Zaki-ur-Rehman Lakhvi, the Lashkar-e-Taiba mastermind of the 2008 Mumbai attack in which 166 people were killed.

India had asked the "Council to investigate, prosecute and penalise terrorist acts, especially those directed against UN peacekeepers," Mr Mukerji said. "Regrettably, the Council has not acted on this issue." He added that it makes "for dismal reading regarding the ineffectiveness of the Council."

In his wide-ranging criticism of the functioning of the Council, Mr Mukerji said it was disregarding the views of UN member states while wasting "valuable time and resources of the General Assembly." All the resolutions and presidential statements last year were adopted before non-Council members were permitted to speak, "making a travesty of such open participation," he said.

Mr Mukerji said, "This attitude of the Council is highly objectionable. We expect the Council to take into account the views expressed by us in this annual exercise."

"The primary organ of the United Nations responsible for maintaining international peace and security has allowed the world to slide further down the road to violence and conflict," Mr Mukerji said cataloguing Council's failures.

As a result, more than 60 million people have been victimised and "the Council seems unable to comprehend the nature of the socio-economic challenges faced by developing countries due to the breakdown of international peace and security," he added.

The glaring failures of peacekeeping operations mandated by the Council can be seen in Africa, where none of them have been successfully ended, Mr Mukerji said. An important reason for this is the under-representation of Africa in the Council, which has no permanent members from the continent, he said.