Asked about Tubelight's probability of breaking Baahubali 2's sky-high records, Salman Khan predicted that it is not happening and also explained how he deduced that in his own words 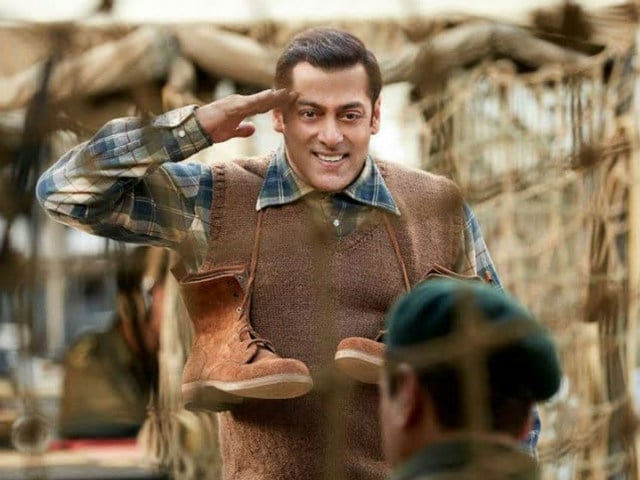 Salman Khan's Tubelight will arrive in theatres during Eid

New Delhi: Baahubali 2's collection figures are Rs 1600 crore and counting. In China, Dangal hit the Rs 1000 crore mark in just 15 days. Now, all eyes are on Salman Khan's Tubelight, which is releasing this month, on Eid. Asked about Tubelight's probability of breaking Baahubali 2's sky-high records, Salman predicted that it is not happening and also explained how he deduced that in his own words. "I doubt that Tubelight will break Baahubali 2's record, because the latter is one of the most freakish films that has been made," Firstpost quoted the 51-year-old actor as saying.

The Bajrangi Bhaijaan actor also added that the Hindi version of S S Rajamouli's film contributed a major chunk in the overall box office collections. "Hindi film-goers lapped up the film despite watching a dubbed version of it. It is because of the Hindi cine-goers that they have got these numbers. But as long as nobody loses money, I am fine. I don't feel the pressure," Salman said in his interview to Firstpost. The Hindi version recently recorded Rs 500 crore in terms of theatrical sales. It was distributed by Karan Johar's Dharma Productions.

Promoted
Listen to the latest songs, only on JioSaavn.com
With the record shattering box office figure, the Hindi version of Baahubali 2 became the first Bollywood movie to have scored as much. Aamir Khan's Dangal previously held the record as the highest grosser with Rs 385 crore. However, Salman Khan's 2015 emotional potboiler, Bajrangi Bhaijaan, had found a place below Aamir's 2014 film PK and was pushed further down on the list of top grossing Bollywood movies after the arrival of the wrestling drama. Meanwhile, Baahubali 2 remains untouched with Dangal chasing its box office scores.