Tubelight trailer starts with a happy-go-lucky Salman Khan (Laxman) singing and having fun with locals. When he falls from his speeding cycle, a boy can be heard calling him 'Tubelight.' 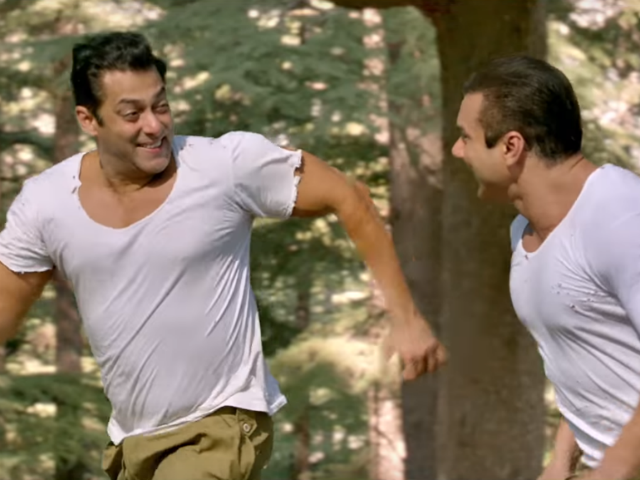 Mumbai: The trailer of Salman Khan's upcoming film Tubelight was launched in Mumbai earlier today by the lead actor himself, along with director Kabir Khan and the superstar's brother Sohail Khan, who also stars in the film as the second lead - Salman and Sohail feature as onscreen brothers in war drama Tubelight. The minute-long trailer of the much-awaited film has finally been unveiled online. The trailer starts with a happy-go-lucky Salman Khan (Laxman) singing and having fun with locals. When he falls from his speeding cycle, a boy can be heard calling him 'Tubelight.' The start of the trailer also shows his emotional bond with his brother Bharat (Sohail Khan).

Problems begin when Bharat, who is part of the Indian army's Kumaon regiment, is called in at the Indo-China border. After waiting for Bharat and not knowing his whereabouts, Laxman leaves on a mission to find him. How Laxman touches everyone's life on the way, is where Tubelight's heart is.

Watch the trailer of Tubelight here:

Since Salman and Kabir are back together after 2015 blockbuster Bajrangi Bhajijaan, comparisons will be drawn between the two films but there is no doubt that this trailer has the same feel as Bajrangi Bhaijaan, may be because Salman has not done too many roles of an innocent boy hailing from a small town.

At the launch, Kabir Khan said, "War is just the backdrop, it's mainly about this character that Salman plays." Kabir got the idea of making Tubelight after he watched the fantasy drama Little Boy, which has World War 2 as its backdrop.