The Sea Guardian drone is a variant of the tested MQ-9 platform which allows for greater interoperability with the US and allied forces. 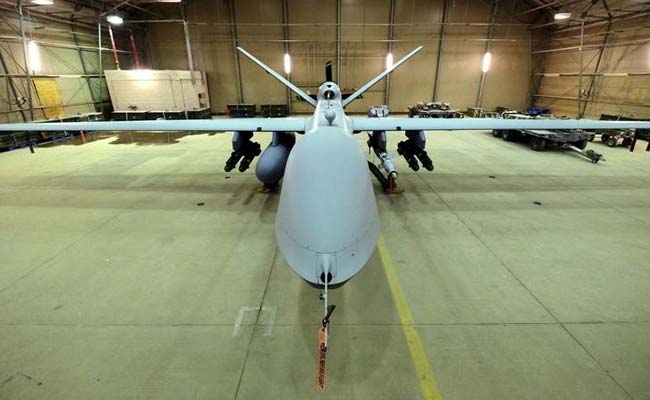 Washington: The US decision to sell 22 Sea Guardian drones to India at an estimated cost of USD 2 billion will create around 2,000 jobs in the US and "cement" bilateral ties, an American executive involved in the deal has said.

"This should be viewed as a significant step in cementing the US-India bilateral defence relationship," Vivek Lall, chief executive US and international strategic development, General Atomics, told the Atlantic Council yesterday.

The announcement in this regard was made by Trump in June when he met Prime Minister Narendra Modi at the White House. This prospective purchase of drones manufactured by General Atomics marks the first of its kind from the US by a country that is not a member of the NATO, Mr Lall said.

With China focused on South China Sea, Mr Lall hopes that India has an opportunity to help create and lead a regional balance of power to protect its interests in the Indian Ocean region by building maritime engagements with regional and extra-regional partners.

The Sea Guardian is a variant of the tested MQ-9 platform which allows for greater interoperability with the US and allied forces, in a way other platforms do not permit demonstrating the centrality of General Atomics' products to India's defence needs, he said.

"This platform has 4 million hours in combat, will be able to certifiably fly in Indian civilian airspace and can remain airborne more than a record setting forty hours.

Additionally, it has a 40,000-hour design life demonstrating its unique resilience. General Atomics maintains that this platform and its proven performance stands independently of and is unaffected by Israel's Heron sales to India," he said.

According to Mr Lall, use of the Sea Guardian drones by the Indian Navy will also develop India's credible capabilities, which is significant for Indian maritime security and naval power projection.

"Additionally, India faces a several complex security challenges in this domain such as piracy, terrorism, environmental degradation and narcotics trafficking. Maritime domain awareness would allow the Indian Navy an advantage in patrolling the Indian Ocean, and in tackling its pressing security challenges to achieve grander Indian strategic objectives," he said.

Promoted
Listen to the latest songs, only on JioSaavn.com
Responding to a question, Mr Lall said at least 2,000 jobs directly related to the sale, and countless indirect jobs, will be created or saved in the US.

US drone sale to IndiaIndia drones