Actor Saif Ali Khan said that Kaalakaandi is a 'fun, yet moving film' 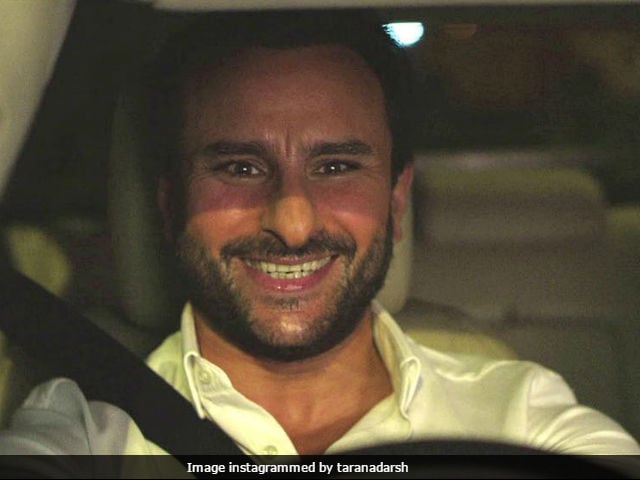 New Delhi: Actor Saif Ali Khan's film Kaalakaandi will be releasing in the theatres on September 8. The film's release date was announced by Cinestaan Film Company, read a statement. Kaalakaandi marks Akshat Verma's debut as a director. Akshat was the writer of 2011 movie Delhi Belly, starring Imran Khan. Kaalakaandi is being produced by Cinestaan Film Company and Flying Unicorn. The film also stars Deepak Dobriyal, Vijay Raaz, Kunal Roy Kapoor and Neil Bhoopalam in pivotal roles. Speaking to news agency IANS, the 46-year-old actor said that Kaalakaandi is a 'fun, yet moving film' and he's 'happy' to be a part of it.

"Kaalakaandi is a film I'm so happy to be a part of. It's a cross section of Mumbai with underworld goons, doomed bankers and idealistic lovers all mixed together in this karmic tale about love, crime and living a lifetime in one night," IANS quoted Saif Ali Khan as saying.

"Akshat has written and directed this unique movie and he is probably the only voice who tells it exactly like it actually is. Mumbai is a crazy, beautiful city and he has captured it perfectly in this very fun and very moving film," he added.

After Kaalakaandi, Saif Ali Khan will be seen in Raja Krishna Menon's Chef. The film, which is a remake of 2014 Hollywood movie of the same name, is slated to release on October 6.

Promoted
Listen to the latest songs, only on JioSaavn.com
Saif Ali Khan will also feature in Gauravv K Chawla's Baazaar. The film has been produced by Nikkhil Adavni and is loosely based on Michael Douglas' Wall Street or Leonardo Di Caprio's The Wolf of Wall Street. Baazaar also stars Chitrangada Singh and late actor Vinod Mehra's son Rohan. The film will release in December this year.