Udayanraje Bhosalebhad attacked the Shiv Sena-NCP-Congress for criticising BJP over a book comparing PM Modi with the Maratha warrior king. 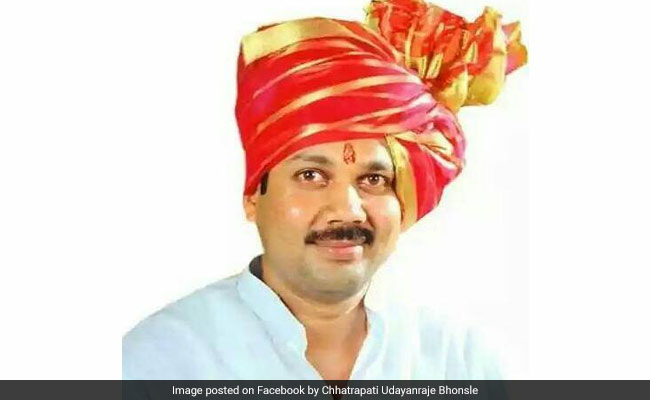 Terming BJP leader Udayanraje Bhosale as "Ajanata Raja", Maharashtra Congress spokesperson Sachin Sawant on Tuesday hit back at Chhatrapati Shivaji's descendant, saying people of the state do not take criticism by him seriously.

Udayanraje Bhosale, the former Lok Sabha member from Satara, had attacked the Shiv Sena-NCP-Congress for criticising BJP over a book comparing Prime Minister Narendra Modi with the Maratha warrior king.

Mr Bhosale made the critical comments at the behest of BJP, Mr Sawant said, adding that it was not yet clear why he joined the party.

"Bhosale is an ''Ajanata Raja'' (a king who does not know anything about his subjects)...Mavalas (foot soldiers of Shivaji) like us have proceeded on the path shown by Shivaji Maharaj in a true sense," Mr Sawant said.

"The descendant of Shivaji Maharaj, however, is following Modi's path...Hence, the people of Maharashtra will not pay heed to him and not take the criticism by him seriously (Bhosale)," Mr Sawant said.

Earlier in the day, Mr Bhosale condemned the book titled "Aaj Ke Shivaji: Narendra Modi", written by BJP leader Jay Bhagwan Goyal, and said nobody in the world can be compared to the 17th century Maratha king.

He targeted the Shiv Sena and dared it to remove the word ''Shiv'' from its name and rechristen the party as "Thackeray Sena".