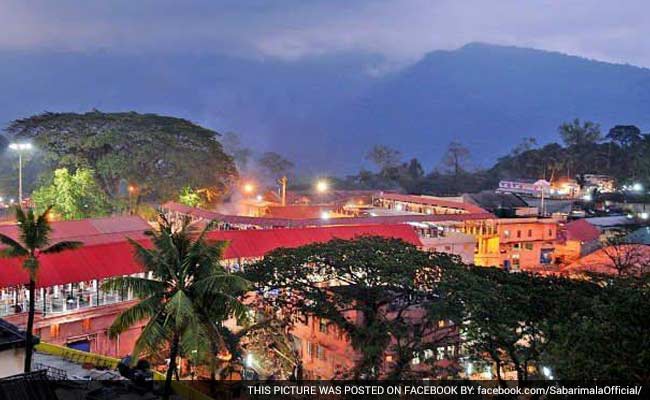 Temple management claims that the ban is necessarythey cannot maintain purity on account of menstruation.

New Delhi: The Supreme Court today indicated that it may refer to a five-judge constitution bench the issue of the centuries-old practice of barring entry of women between 10 and 50 years of age to the historic Sabarimala temple, saying it pertains to violation of fundamental rights.

A three-judge bench headed by Justice Dipak Misra observed that women are conferred rights under the Constitution and it would pass a detailed order in case the matter is referred to a five-judge constitution bench.

"We may think that this requires to go to a constitution bench," the bench, also comprising justices C Nagappan and R Banumathi, said during the hearing.

At the outset, the bench remarked: "a temple is a public religious place. You cannot refuse entry to a woman who comes there ... It violates the rights of women. We understand the seriousness of issue. Every right needs to be balanced but every balancing has its own limitations. Balancing of rights is creating a problem. We do not want to just refer it to a constitution bench.

"If we refer it to a constitution bench, we will pass a detailed order. We do not think that the issue before us had arisen earlier," the bench said and posted the matter for further hearing on November 7.

The apex court had earlier questioned the practice of barring entry of women to Sabarimala temple in Kerala, saying it would test whether "faith and belief" can differentiate among persons of same denomination.

The "differentiation" between the right of men and women will have to withstand constitutional scrutiny, the court had earlier said when senior counsel KK Venugopal, appearing for the Travancore Devaswom Board which manages the hill-top shrine, had vehemently said "nobody, possibly the court also, can question faith and belief.

Mr Venugopal had referred to an apex court judgement saying such a judicial intervention would cause "injustice" to the age-old faith and belief and adversely affect religious institutions of all faiths.

He had also said that the President of Indian Young Lawyers' Association, which has filed the PIL on the issue, is a practising Muslim and now demands have started coming up for allowing entry of women in the Haji Ali shrine in Mumbai which, they say, was against their religious practices.

The management of the Sabarimala temple, located on a hilltop in the Western Ghats of Pathanamthitta district, had told the court that the ban on entry of women aged between 10 and 50 years was because they cannot maintain "purity" on account of menstruation.