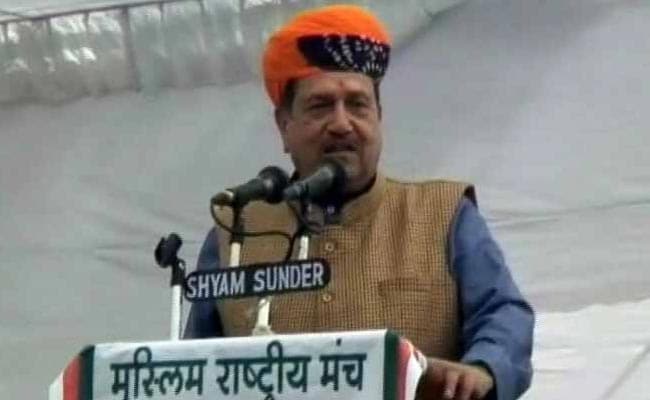 Jaipur: If RSS leader Indresh Kumar is to be believed, the "western" tradition of Valentine's Day is responsible for rape, illegitimate children, and violence against women.

Addressing RSS volunteers on the completion of a training programme here, Kumar today said love holds "sacredness" and "piousness" in India, but the West has commercialised it and given birth to the festival.

"In India, love has been sacred and pious. It has been sung as the tales of Radha-Krishna, Laila-Majnu and Heer-Ranjha but the western culture commercialised love and gave birth to festival of Valentine's day which is now responsible for problems like rape, illegitimate children and violence on women," he said.

"Not only India, the entire world is facing this problem today," he said.

Kumar also said that the RSS "purifies" the soul and the character of a person and imparts humane and moral values. "A movement should be run for purification of peoples' soul so that the society and the nation can progress," he said.

Kumar also said the RSS is against untouchability and casteism. "Everybody should pledge to contribute to eradicate such evils," he said.

He lashed out at "those raising the issue of human rights of stone pelters".

"Our defence forces are targeted in Kashmir. Those who pelt stones and slaughter cows have no human or moral rights," he said.

Promoted
Listen to the latest songs, only on JioSaavn.com
He also urged people to boycott Chinese products during festival seasons, claiming the sale of products from the country have affected jobs of 3 crore people in India.