S Y Quraishi said the Rashtriya Swayamsevak Sangh (RSS) sarsanghchalak's Vijayadashami speech is being scrutinised very closely with media's focus on his references to the population. 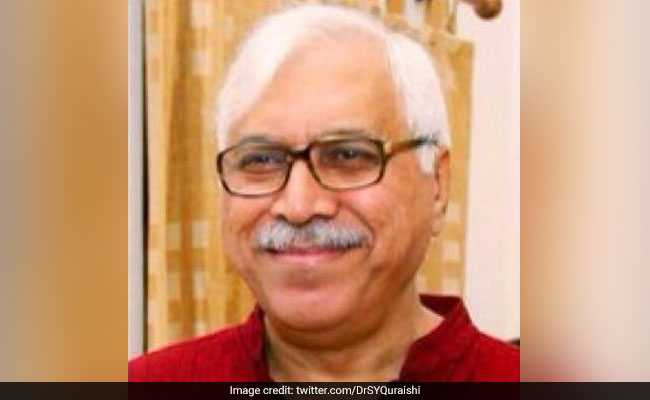 He mentioned both the dimensions of population debate - a burden or an asset, SY Quarishi said.

Mr Quraishi, who has busted many myths related to Muslim population numbers in his book "The Population Myth: Islam, Family Planning and Politics in India", said Mr Bhagwat is rightly of the view that family planning must be adopted by all sections of the Indian society.

Speaking at the annual RSS Dussehra rally at the Reshimbagh Ground in Nagpur, Bhagwat said India should frame a well thought out, comprehensive population control policy applicable to all social groups equally and flagged the issue of demographic "imbalance".

Mr Quraishi said the Rashtriya Swayamsevak Sangh (RSS) sarsanghchalak's Vijayadashami speech is being scrutinised very closely with media's focus on his references to the population.

"People are referring to my book 'Population Myth - Islam, Family Planning and Politics in India' which I had an opportunity to present to Mr. Bhagwat just recently where I briefly mentioned its focal points," Quraishi told PTI.

It was significant that the RSS chief heard me out carefully, he said.

"I think Mr. Bhagwat's speech was quite comprehensive and balanced. For one, he didn't point fingers at a particular community. He mentioned both the dimensions of population debate - a burden or an asset," the former bureaucrat said.

Mr Bhagwat highlighted the factors that influence population behaviour, Mr Quraishi said and pointed out that the RSS chief, in his remarks, said the number of children is linked with maternal health, education, financial status and individual wish.

Mr Bhagwat said the population policy has to be formulated considering all these factors mindfully, Mr Quraishi noted.

He also pointed to Bhagwat's remarks that population imbalances lead to changes in geographical boundaries.

Referring to Mr Bhagwat's remarks that population control and religion based population balance is an important subject that can no longer be ignored, Mr Quraishi said the fact is that it was never ignored.

In the last seven decades every analysis of population policy has mentioned pockets of poor family planning performance, mainly of Muslims, though no specific measures were suggested or taken to overcome the resistance among the community, he said.

Nonetheless, Muslim community has increasingly adopted family planning as a result of which the gap in the population growth which was higher than all other communities has come down drastically, Mr Quraishi said.

"This is because Muslims have adopted family planning much faster than the Hindus. Even the current gap would have levelled off had the unmet need of the Muslims which stands at 12 per cent, the highest among all communities, had been met on priority," the former chief election commissioner said.

"There is ample evidence to show that Muslims want to adopt family-planning very proactively, if only the services could reach them faster," he argued.

"In his speech, Mr Bhagwat is rightly of the view that family planning must be adopted by all sections of the Indian society for which the determining factors like literacy, income and service delivery are critical," he said.

Mr Quraishi was among the Muslim intellectuals who had met Bhagwat recently for strengthening communal harmony.

During the meeting, Mr Bhagwat had reportedly raised the issue of the usage of the word "kafir" for Hindus, which he said does not send out a good message. The group of Muslim intellectuals, on their part, objected to some right-wing activists calling Muslims "jihadi" and "Pakistanis".

They also reportedly told Bhagwat that the real intent behind the word 'kafir' was something different but it is now being used as an abuse' in some quarters. The RSS chief, it is learnt, acknowledged the views of the intellectuals and underscored that the "DNA of all Hindus and Muslims are same".