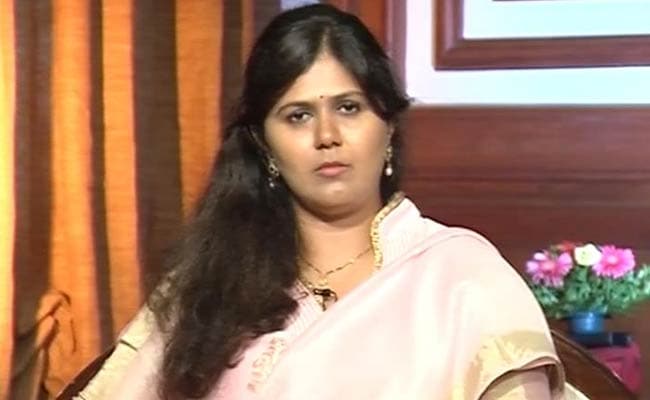 The BJP's Pankaja Munde, an outgoing minister in Maharashtra, conceded long before results were declared after her unexpected defeat today in the assembly election. Pankaja Munde lost in the Parli constituency to her estranged cousin Dhananjay Munde of the Nationalist Congress Party (NCP).

Dhananjay Munde is the leader of opposition in the legislative council. For him, this win from Parli comes after a long struggle.

Ms Munde told reporters she "respected the people's verdict" and would continue working for them with renewed vigour. According to news agency IANS, she appealed to her party colleagues and supporters to "stay calm" and promised some soul-searching on her defeat.

IANS also posted a photo that showed her weeping, but later deleted the tweet.

Ms Munde is the daughter of former union minister Gopinath Munde, who died in 2014. She was Rural Development and Women and Child Development Minister in the government of Devendra Fadnavis, who is set for another term as chief minister after the BJP-Shiv Sena victory.

She is among the party's prominent faces and was seen as a strong candidate. Both Prime Minister Narendra Modi and Home Minister Amit Shah had campaigned for her.

Days before the election, a video clip of Dhananjay Munde allegedly criticizing Ms Munde was widely circulated online. He disowned the clip.

In the 2014 Maharashtra election, Ms Munde had defeated her cousin.

Dhananjay Munde had left the BJP to join the NCP in 2009, upset with his uncle Gopinath Munde for fielding his daughter in Parli, a family stronghold.