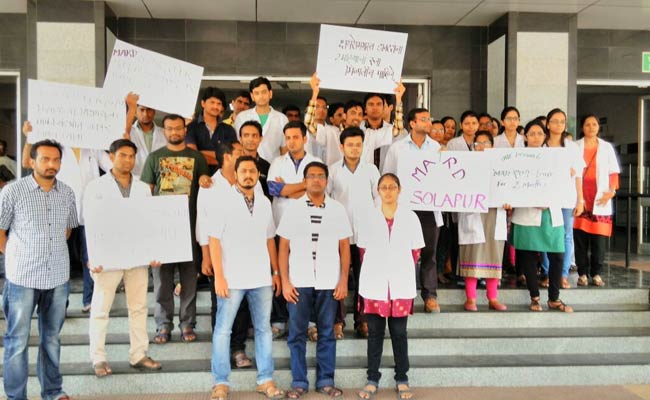 About 4,500 resident doctors across 18 colleges resumed duty from 8 pm today.

Mumbai: The doctors affiliated to Maharashtra Association of Resident Doctors (MARD) today withdrew their strike following an assurance from the government that their demands would be fulfilled.

About 4,500 resident doctors across 18 colleges resumed duty from 8 pm today.

MARD president Sagar Mundada told PTI that the association received a written assurance from medical education minister Vinod Tawde that 80 to 90 per cent of the demands would be fulfilled in a "time-bound" manner.

"The government is positive to our demand that the bond service (the mandatory service resident doctors have to do) should be given in their area of speciality and if that does not happen in 45 days, they should be relieved of the bond," Mr Mundada said.

For the demand of paid leaves for resident doctors who contract TB while treating patients and maternity leave for female resident doctors, Mr Mundada said the government will write to the Medical Council of India and pursue it.

The minister told the MARD delegation that the decision to reduce working hours cannot be taken soon. "It will take two to three years for a long-term plan where the number of doctors will also need to be increased," Mr Mundada said.

All 4,500 resident doctors who participated in the three day-long strike will organise a blood donation camp on August 15 as a gratitude to the minister and the patients who cooperated with them, he said.