A Bill Was Passed In Rajya Sabha. It Was Put To Vote Over 200 Times

The bill in question was the Chartered Accountants, the Cost and Works Accountants and the Company Secretaries (Amendment) Bill, 2022. 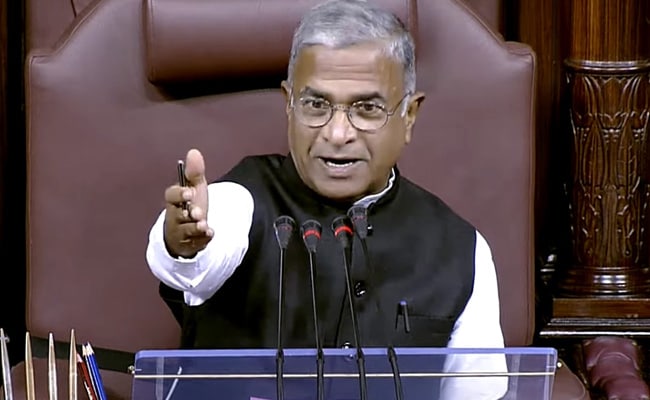 A voice vote was taken well over 200 times on Tuesday before a Bill was passed by the Rajya Sabha, underlining the procedural rigour involved in legislation.

The bill in question was the Chartered Accountants, the Cost and Works Accountants and the Company Secretaries (Amendment) Bill, 2022.

While the debate on the Bill including the reply of the Finance Minister Nirmala Sitharaman took about 2 hour 20 minutes, the process of voting on the 106 clauses and clause-wise amendments took over 30 minutes, accounting for about 18 per cent of the total time taken for passing the Bill.

According to rules, each clause, if amendments are moved, is required to be put to vote for two times based on the number of members moving amendments to each clause.

John Brittas of CPI (M) gave 163 notices for amendments to various clauses of the Bill and moved almost all of them during the clause-wise consideration of the Bill. CPI MP Binoy Viswam also moved a few other amendments.

As all the amendments are required to be put to the vote of the House, voice vote was taken for over 200 times before the Bill was passed.

Deputy Chairman Harivansh's vocal cords were put to severe test reading out the clauses, number of amendments moved to each clause with the names of the Members moving the amendments and putting the clauses and amendments to the vote of the House.

It was after a long time, say Secretariat officials, that a Bill with so many clauses and amendments was passed with voting taking substantial time.