The police had handed over the body without conducting any post-mortem and DNA test as the family members wrongly identified another body, going by a similar scar on his right hand and appearance. 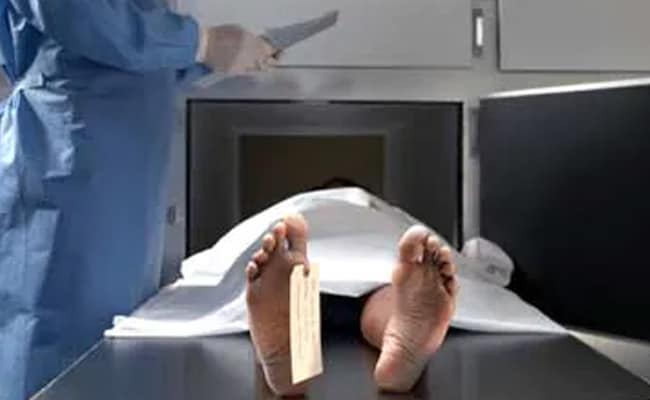 The man's family mistakenly identified a decomposed body and held a funeral. (Representational)

A 40-year-old man presumed dead by his family showed up a week after they had performed a funeral mistakenly identifying a decomposed body as his in Rajsamand, Rajasthan.

The incident took place after the state-run RK Hospital declared the body of a man named Goverdhan Prajapat, who was under treatment at the hospital, as "unidentified" and later Omkar Lal Gadulia's relatives wrongly took possession of that body at Rajsamand district in Rajasthan.

Omkar Gadulia, a liquor addict, had gone to Udaipur without informing his family on May 11. He was admitted to a hospital owing to some liver-related problem. Omkar Gadulia's family was living with his brother after the coronavirus-induced lockdown, the police said.

On the same day, Goverdhan Prajapat was taken from Mohi area to the RK Hospital by an ambulance service arranged by some public representatives. He died during treatment, they said.

"We had got a letter from the hospital authorities that a body was lying unclaimed at the mortuary for three days. We then circulated photographs of the deceased man on various fronts to identify the body," Kankroli police station official Yogendra Vyas said.

He said over a dozen people came to the hospital on May 15 to identify the body. The police were informed about it and the family members gave in writing to hand over the body to them without conducting any post-mortem.

The family members wrongly identified the body to be that of Omkar Gadulia going by a similar scar on his right hand and appearance, and the police handed over the body without conducting any post-mortem and DNA test.

"The body was identified by the family members. DNA testing and post-mortem by a medical board is conducted when the body is unidentified following which the body is usually handed over to municipality for cremation," Mr Vyas said.

The body was taken away and the funeral performed on May 15.

However, Mr Gadulia returned home on May 23 and was shocked to learn that he was believed dead.

Later, the police launched an investigation and identified the body which Mr Gadulia's family had cremated as that of Goverdhan Prajapat.

"Police were nowhere at fault in this case. The body was declared unidentified by the hospital authorities," Mr Vyas said.

Meanwhile, the hospital authorities admitted that the whole incident was a goof-up on part of the nursing and mortuary staff.

"There was a huge patient load. The patient was admitted to the hospital through 108 ambulance service. The incident took place due to lack of coordination between the nursing and mortuary staff. Appropriate action will be taken in the matter," Principal Medical Officer of RK Hospital, Lalit Purohit said.

Goverdhan Prajapat is survived by three children, who had been sent to a welfare home after his health deteriorated.