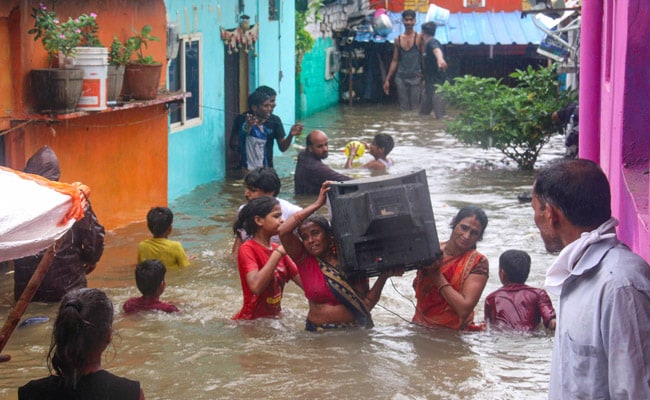 Residents shift their belongings from a flooded locality in Bhopal.

New Delhi: The flood situation in Bihar remained grim on Sunday with more than 80 lakh people across 16 districts affected. On the other end of the country, in Gujarat, several areas were pounded by heavy rain that swelled up rivers and put more than 100 dams on a high alert. Over 1,000 villages in 16 districts of Uttar Pradesh too have been affected by floods, the state government said. In Andhra Pradesh, there was no let-up yet in the situation with island villages in East and West Godavari districts still marooned and without electricity, though the water flow reduced somewhat.