Rahul Gandhi won in Wayanad with the highest ever margin of victory in any Lok Sabha election with 431,770 votes. 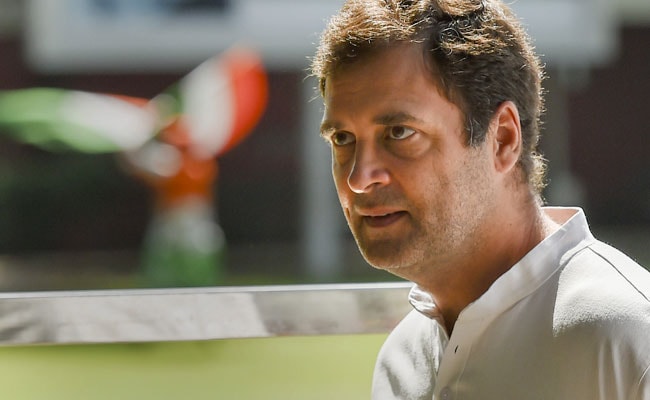 Rahul Gandhi's visit could be either on Saturday or Monday: Sources

Congress President Rahul Gandhi would visit Wayanad in the first week of June to thank the electorate for his record breaking win from this Lok Sabha seat in Kerala, said a Congress leader on Monday.

Leader of opposition Ramesh Chennithala said this after the Congress-led United Democratic Front (UDF) met for the first time after registering a resounding victory in the Lok Sabha polls, winning all but one of the 20 seats in the state.

A source said Rahul Gandhi's visit could be either on Saturday or Monday.

Mr Gandhi won with the highest ever margin of victory in any Lok Sabha election with 431,770 votes. He defeated his nearest rival P.P. Suneer of the Communist Party of India who secured 274,597 votes while Mr Gandhi received 706,367 votes.

"This huge victory has placed more responsibility on us and we assure the people that this victory will not get into their heads. They will always work for the people of the state," said Mr Chennithala.