"Didn't Send Priyanka To UP For 2 Months": Rahul Gandhi's Message To BJP

Lok Sabha elections 2019: Priyanka Gandhi Vadra, 47, will be Congress general secretary in charge of the eastern part of Uttar Pradesh, and Jyotiraditya Scindia, the other part

Congress president Rahul Gandhi, speaking on his sister Priyanka Gandhi Vadra's plunge into politics today, said he had given her a challenge in Uttar Pradesh, India's most politically crucial state. "The BJP is in a bit of panic," he said to reporters in Amethi, where he was touring when the party made the stunning announcement.

Priyanka Gandhi Vadra, 47, will be the party's general secretary in charge of the eastern part of Uttar Pradesh, and Jyotiraditya Scindia, the other part.

Asked whether it was a precursor for Priyanka Gandhi Vadra contesting the national election, due by May, Rahul Gandhi said: "It is up to Priyanka if she wants to. My main point is we won't play on the back foot - be it UP or Gujarat or anywhere."

Rahul Gandhi and Priyanka Gandhi have campaigned together in his parliamentary seat Amethi as well as their mother's Raebareli seat.

The Congress president said he was "very happy and excited" to work with Priyanka. 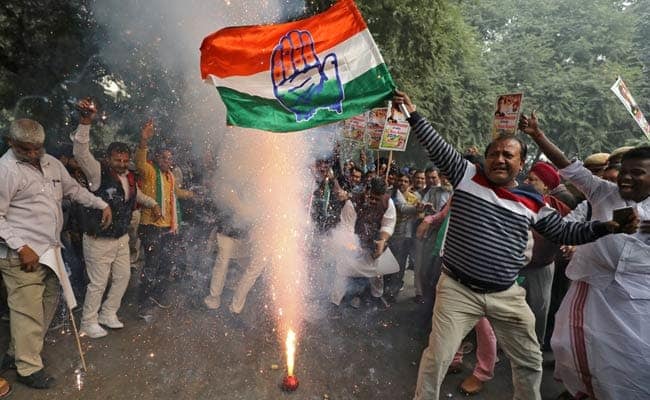 "My sister is capable and hard-working. I am personally very happy and excited that she will work with me. Jyotiraditya is also a very dynamic leader," he said.

Rahul Gandhi said the message to the people of Uttar Pradesh was that BJP had destroyed it and "we will give you new direction. We want to use these two youth leaders in UP to make it the number one state."

"I have not sent Priyanka and Jyotiraditya for just two months. I have sent them to take Congress' ideology forward in Uttar Pradesh. Our ideology of standing and fighting for the poor, for the youth, for the farmers... There will be new thinking, new ideology in Uttar Pradesh," he said.

The Congress chief denied that his move had anything to do with the snub from the Mayawati-Akhilesh Yadav duo, who formed an alliance in the state without including his party. "I have nothing at all against Mayawati and Akhilesh. We are ready to cooperate with the SP and BSP wherever possible. We have a common enemy," he said.

Those Who Attacked Hindu Temples "Will Be Hunted Down": Bangladesh PM