"Pressure By PM Forced You": Rahul Gandhi Writes Back To Manohar Parrikar

Rahul Gandhi has written back to Manohar Parrikar hours after the Goa chief minister wrote to him accusing him of "stooping low". 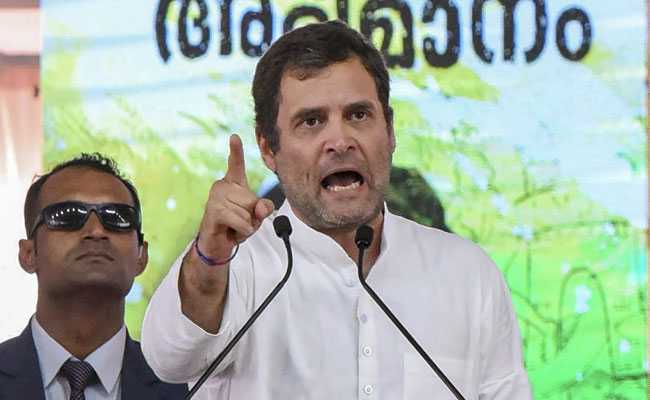 Under attack for allegedly extracting political mileage from a courtesy visit to Manohar Parrikar, Congress chief Rahul Gandhi on Wednesday issued a detailed denial. Mr Gandhi said he has divulged nothing of their latest discussions - what he said was in "public domain". He said he also "empathized" with Mr Parrikar, whose sharp letter criticizing him was written "under immense pressure".

Alleging that Mr Parrikar's letter was "leaked" to the media before it reached him, Mr Gandhi said it had "forced" him to "clarify my position on this unfortunate and unnecessary controversy".

On Thursday, Mr Gandhi had visited Mr Parrikar, who is battling a pancreatic ailment. In the evening, and later on Wednesday, Mr Gandhi said he had "discussions" with the Goa Chief Minister, who, before the state assignment, was handling the defence portfolio at the Centre.

"Parrikar-ji told me that when the deal was changed, the Prime Minister did not get the country's defence minister on board," Mr Gandhi said during a party meeting at Delhi's Talkatora stadium today.

"Paying a courtesy visit and then stooping so low as to make a false statement for petty political gain has raised, in my mind, questions about the sincerity and purpose of your visit," wrote Mr Parrikar, adding such tactics should not be adopted against a person "fighting a life-threatening illness".  The 63-year-old, who looked frail, had turned up at the state assembly to present the budget today.

Mr Gandhi said it was a fact that in April 2015, while the minister was "inaugurating a fish market in Goa", PM Modi announced the Rafale deal in France.

"It is also a fact that you clearly stated to the press that you had no idea about the new deal engineered by the PM. This has been widely reported in all sections of the media," Mr Gandhi wrote.

He also alluded to an audio tape that purportedly had the Chief Minister claiming to have Rafale documents in his "bed room", "implying that you have power over PM Modi and his cronies," Mr Gandhi wrote.

"I understand the immense pressure you are under after our meeting yesterday," Mr Gandhi wrote. "Pressure that has forced you to take the highly unusual step of demonstrating your loyalty to the PM and his cronies by attacking me in this uncharacteristic manner," the Congress chief added.