"My condolences to the family and friends of the Navy sailors who've lost their lives", Rahul Gandhi said. 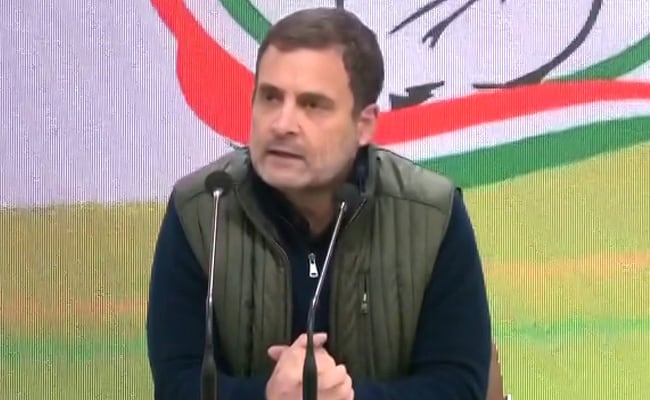 At least 3 Navy personnel were killed in an explosion onboard INS Ranvir on Tuesday in Mumbai.

Congress leader Rahul Gandhi on Tuesday condoled the death of Navy personnel onboard the Indian Naval Ship Ranvir and wished the injured a speedy recovery.

Three Navy personnel were killed and 11 injured in an explosion on-board the Indian Naval Ship (INS) Ranvir at the Naval dockyard in Mumbai on Tuesday, officials said.

The incident took place at 4.30 pm, they added.

"The news of explosion onboard INS Ranvir is extremely sad. My condolences to the family and friends of the Navy sailors who've lost their lives. Wishing quick and complete recovery for the injured," Mr Gandhi said on Twitter.