Three premises in Sangrur, including his residence, were searched. 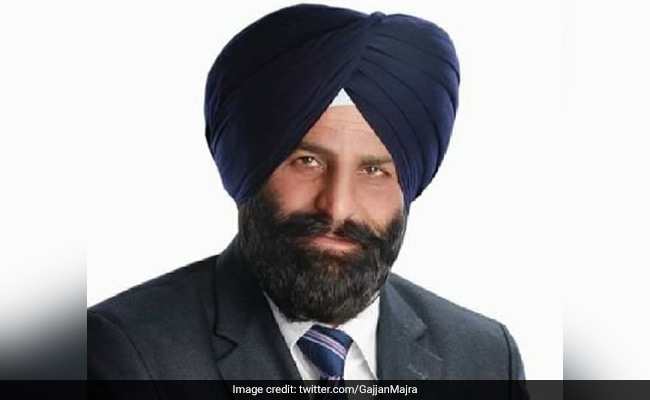 Mr Singh's brothers and nephew, all directors and guarantors, have also been booked.

The Central Bureau of Investigation today carried out searches at the premises of Punjab Aam Aadmi Party MLA Jaswant Singh Gajjan Majra in an alleged Rs 40 crore bank fraud case. Three premises in Sangrur, including his residence, were searched in Punjab's Sangrur.

During the searches, conducted after an FIR was filed in the Rs 40.92-crore alleged loan fraud in Bank of India, the CBI is understood to have recovered 94 blank cheques carrying signatures of different persons, with enclosed Aadhar cards, news agency PTI said quoting sources.

CBI Spokesperson RC Joshi said, "Cash worth Rs 16.57 lakh (approx), around 88 foreign currency notes, some property documents, several bank accounts and other incriminating documents were found and recovered during searches." Officials said the CBI has registered the case on a complaint from Bank of India, Ludhiana, against Singh, Tara Corporation Ltd (renamed as Malaudh Agro Ltd.) based out of Gaunspura in Malerkotla. It also named several individuals including then Directors of the firm, guarantors of a private company, another private firm, and "unknown public servants/private persons". The  Amargarh MLA features in the list as he was then director and guarantor in the firm.

"The Central Bureau of Investigation is today conducting searches at three locations including at Malerkotla (Punjab) at the premises of accused including private firms, Directors/Guarantors in an ongoing investigation of a bank fraud case. Cash of Rs. 16.57 Lakh(approx), around 88 foreign currency notes, some property documents,  several bank accounts and other incriminating documents were found & recovered during searches," a media release from the central probe agency said.

Tara Health Foods Ltd, another company, is also named as accused in the FIR, they said.

It was alleged the firm was engaged in trading DOC Rice Bran, DOC Mustard Cake, Cottonseed Cake, Maize, Bajra and other food grains.

"The borrower firm was sanctioned loans at 4 intervals from 2011-2014 by the Bank. It was further alleged that the firm through its Directors had concealed hypothecated stock and diverted book debts with malafide & dishonest intention so that the same were not made available to the creditor Bank for inspection and for effecting recovery as secured creditor. An alleged loss of Rs. 40.92 Crore(approx) was caused to Bank," CBI said.

"It was also alleged that the loan availed by the accused has not been used for the purpose for which it was availed,” the CBI spokesperson said.